Letters to the New York Times: Are electric cars the wheels of the future?

Sen. Chuck Schumer’s proposal comes in for criticism... and some praise. 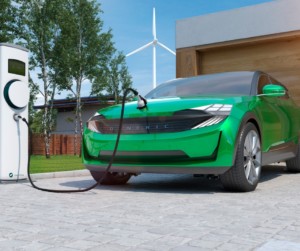 Recently, the New York Times published some Letters to the Editor on U.S. Sen. Chuck Schumer’s proposal to provide $3,000 vouchers to trade in gas-powered vehicles for plug-in electric and plug-in hybrid or hydrogen fuel cell vehicles. For lower income Americans’, larger vouchers would be available.

One of the Letters to the Editor was penned by the chairman of the U.S. Senate Committee on Environment and Public Works. 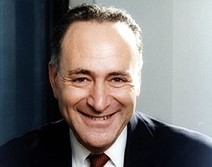 If we needed proof of how extreme the Democratic Party has become, just look at Senator Schumer’s article about electric vehicles.

He wants to get every gas-powered car off the road and to resurrect President Barack Obama’s disastrous “cash for clunkers” program.

That program wasted $3 billion of taxpayer money giving subsidies to people who bought newer vehicles. Even environmentalists admitted that it had “slim if any environmental benefits.” 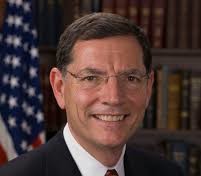 The writer, a Wyoming Republican, is chairman of the Senate Committee on Environment and Public Works.

The key to Chuck Schumer’s electric vehicle proposal is the focus on American-made cars. This is the strongest rebuke yet to Donald Trump’s efforts to bully American automakers into rolling back fuel standards.
Senator Schumer understands, as the president does not, the vital role government policy plays in driving innovation.

Right now, only one country has developed a comprehensive strategy for electric vehicle manufacturing — the vehicles, the batteries, the charging infrastructure — and that country is China. Mr. Schumer recognizes that unless the United States acts now to create an entire supply chain for electric vehicles, it will be left behind.

Senator Chuck Schumer rightly signals the urgency of shifting our automotive fleet away from gas-burning vehicles. What he doesn’t do, though, is acknowledge the parallel need to shrink the supersized vehicles that fill our streets and crowd our highways.

In 2018, 69 percent of all new cars sold were SUVs and pickup trucks. Ford has unabashedly set its sights on making these fuel-hungry giants almost 90 percent of its North American portfolio by 2020. Other American carmakers are headed in the same direction, effectively ceding the passenger sedan market to European and Asian manufacturers.

Sadly, the Obama administration encouraged this big-car bias by setting more lenient mileage and greenhouse gas emission requirements for larger vehicles. Instead, it should have adopted a uniform timetable for improving each manufacturer’s fleetwide performance. President Trump’s push for even weaker fuel economy standards will only make matters worse.

Electric vehicles, by themselves, will not reduce the carbon footprint of American mobility. We must, at the same time, reshape our power sector to produce zero-emission electricity, a challenge that will be a lot easier if the vehicles we’re driving look more like Chevy Bolts than Cadillac Escalades.

The writer, an environmental lawyer, writes about energy policy.