Pete’s Garage takes on jobs that stump others.

Often my shop encounters jobs that have taken a tour around our fair state and had multiple failed attempts to diagnose and repair. In our trade, these cars are often referred to as “unfixable” and often are abandoned by their owner due to the belief that the car simply cannot be fixed. The truth is these unfixable cars are usually caused by either a technician’s misunder­standing in how a system works, a critical piece of information missing from a tech’s service information or a tooling deficiency in the shop working on the car.

This series will look at how things get derailed and how we are able to put them back on the track for our customers and oftentimes for shop owners themselves.

This month’s unfixable is a 2000 Dodge Neon, 2.0L SOHC engine. The customer (a local shop) complaint is check engine light on, runs a little rough post engine replacement. An interview with the other shop owner revealed the car had a used engine installed a month and a half ago and it “ran fine” for a few hours. The next day it had a check engine light on and ran a little rough. He further informed us that it had a cam sensor code, but they replaced the cam sensor and crank sensors already. He had another shop look at it and they found the cam sensor wiring was installed incorrectly, but fixing it did not resolve the issue.

He informed me that crank/cam timing had been verified three times and was definitely correct. The shop owner informed me that a local dealer had performed testing and concluded that the wiring harness and ECM needed to be replaced. Installation of a used ECM resulted in a no-start condition and the shop opted to put the original ECM back into service so the engine would run. After a month and a half of fighting with the car, he opted to bring it to me because he felt the dealer was wrong and they simply had a bad engine.

Initial inspection showed a typical paint-faded 2000 Neon. Popping the hood showed multiple engine harness sections were unraveled and patched with multiple butt connectors. Attempts to start the car showed the battery was stone cold dead, but it would start with a jump. We pulled the car in and put our battery charger on it for the night.

The next morning, we were treated to a battery that could hold a charge and an electrical system that measured approximately 0.01v draw. The battery measured as marginal with our Midtronics tester so we opted to hook up a power supply so that we knew a steady voltage rate would be present for testing purposes. The engine cranked excessively, but started without a jump. We opted to hook-up our DRB3 and performed a module scan with a check for codes. As a rule, we module scan every car we are doing testing on. This allows us to not only look at correlations that may help identify causes of concerns, but it also allows us to document the vehicle condition, which greatly reduces customer confusion down the road.

The PCM had a current code, P0340, no CMP signal. The SKIM module had two codes, Transponder Comm. and Failure and Serial link Extended Failure. The CTS had one stored code, No PCM message received. 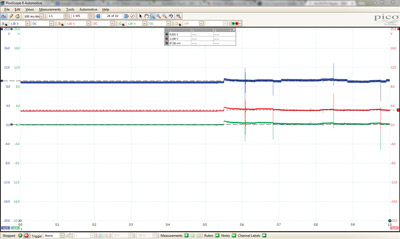 Figure 1 – Here you can see a clearly stuck cam sensor signal. The blue trace is 5v into the sensor, red is signal out and the green is our ground 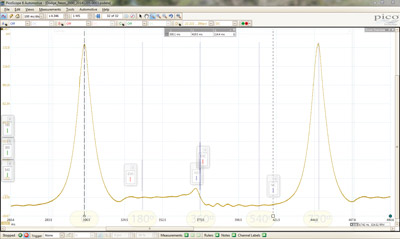 Figure 2 – This is a screen shot of our in-cylinder compression check. The lack of a strong intake pocket and the nose protruding at the end of the exhaust stroke were the dead giveaway to what was going on.

Our gut told us this felt like the SKIM and CTS codes were related to the previously mentioned ECM replacement so we ignored them. We hooked up our PICO 4425 scope and measured the power, ground and signal return at the cam sensor. The results showed us that we had good voltage in and a solid ground but the signal out was not switching. Instead, it was stuck at about 3v. Unplugging the cam sensor caused the signal return to jump to approximately 5v. We felt this accurately demonstrated the sensor was electrically stuck and should be replaced (see Figure 1).

Knowing the dead cam sensor would not likely be the cause of the poor-running engine, we opted to dig a bit further. Besides, we only had about 15 minutes of testing into this one at this point and we were authorized to spend an hour. A quick relative compression test with our PICO 4425 showed all cylinders contributing equally and while we didn’t have concrete proof yet that our issue was mechanical we had a feeling it was. So we removed cylinder one spark plug and measured compression using our PICO WPX500X. Looking at the accompanying screen shot, we surmised the camshaft is significantly advanced due to either an incorrectly installed timing belt or a slipped cam gear (see Figure 2).

We feel they got derailed because the timing belt being off likely set a code for cam/crank sync. By installing a defective cam sensor, they created a second cam code that would come back immediately after clearing. The cam/crank sync code didn’t return due to the stuck cam sensor, causing the ECM to suspend monitoring cam and crank sync. In this case, the tech initially jumped to the conclusion that the problem was a bad cam sensor due to the engine type and reputation of these particular sensors being not so robust. 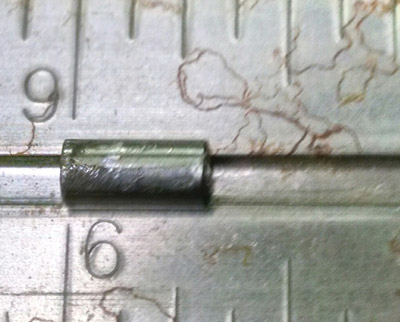 Figure 3 – Shown is half of the dowel pin that was removed. The other half remained stuck in the camshaft. 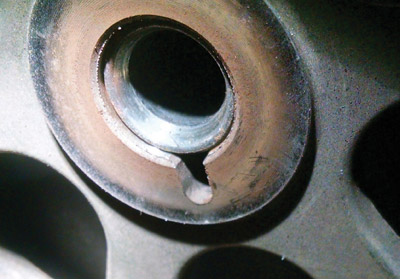 Figure 4 – Here you can clearly see the dowel pin is missing from inside the cam gear.

We presented our findings to the customer and collected our testing fee. I talked to the shop owner about what had likely happened and offered a suggestion on how to verify timing belt installation and how to check for a slipped cam gear. They took the car back to their shop and installed a new cam sensor and found the alignment dowel on the cam gear had sheared, allowing the cam gear to slide out of time even though the timing marks aligned perfectly. After installing a new dowel the car ran perfectly and was ready to be delivered back to the vehicle owner (see Figure 3 and Figure 4).

Hopefully by seeing how they got knocked off the tracks you can help stay on the tracks in your next tough diagnosis.