Kovalchick: Collision shop liability is a serious issue for all

Unless you have been living under a rock outside of your auto business, you’ve heard of the $30 million plus award against a franchised dealer’s Texas bodyshop for gluing a roof on a Honda Fit, as instructed by the insurance company, versus the 128 welds as it was manufactured originally. A subsequent relatively minor accident caused the passenger compartment to collapse onto the occupants causing severe injuries.

The one-of-a-kind Las Vegas located annual SEMA extravaganza always features literally hundreds of learning opportunities, including informative I-CAR workshops, a plethora of booth demonstrations, and professional presenters from all facets of the automotive industry. The many TV-racing-restoration personality appearances are just an afterthought in this massive pool. It is literally an auto information-palooza, leaving attendees swimming in a sea of treasured input, and close to drowning at times.

I was particularly interested in any workshops associated with collision liabilities to share with my clients and you, particularly after attending a heady session last year with the victorious lead lawyer in the aforementioned lawsuit. To say it was an eye-opener regarding individual shop collision liability would be the proverbial understatement, especially learning that insurance companies are off the hook, no matter what they will or will not pay for or instruct in any repair process.

We were reminded that insurance personnel “are not the experts”, and that the collision repairers are the ones who make the right or wrong decisions. Every collision professional has the choice of refusing a job based on insurance payment coverage, or collecting extra funds from the vehicle owner to do it correctly. Doing it inadequately or incorrectly should never be an option – period times two. 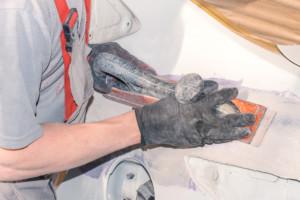 The session was moderated well by SVP of Business Development Michael Quinn of AirPro Diagnostics. The capper of this capricious caper was an introductory talk by none other than that Todd Tracy, Dallas, TX, the aggressive lead lawyer in the aforementioned multi-million dollar collision settlement. Listening to his forceful and informative presentation style for only five-minutes will curl one’s toes and sphincter too.

The session began by pointing out that high-end vehicles now contain some 100 million lines of code, some 3X the amount on the new F35 fighter plane! New repair requirements are abundant and utilizing OEM procedures is absolutely not an option now. Noteworthy was the proclamation that the “post repair” inspection industry is popping up in support of consumers, something that will become predominant in the collision industry. 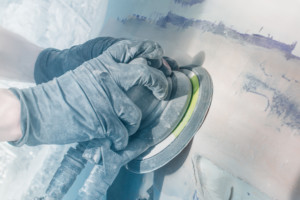 Tracy proclaimed that the insurance industry has “dictated repair procedures far too long” and that if this situation continues it will “destroy the collision industry.” Unfortunately, when insurance dictates it will not pay for OEM parts and procedures it will not be sued in case of another accident. He also made a point of the importance of doing the ADAS calibrations at the end of every repair “whether it gets covered or not.” He suggested to “take it on the chin now, or someone else will own your shop!”

Tracy stated that not following procedures like these is “inviting potential criminal penalties for shop owner and technicians.” Documenting all calibrations and scanning for all types of codes, some hidden, is mandatory even when the insurance company won’t pay because no warning lamp is illuminated. “You are in the diagnostic business like it or not … both civil and criminal penalties will happen.”

To further light up the full-house audience, Tracy revealed tests his group performed comparing OEM and Aftermarket parts in an actual crash test, where the Aftermarket parts did not protect occupants the same as OEM, including an 843% difference in load occupants, plus additional movement into the survival space from a huge 8” to 13”.

He stated that the industry must get customers, politicians, and the state insurance departments involved, including a PAC to have the money to battle the insurance companies. “When a bicycle tech makes more per hour than you, something has gone astray. You are not vehicle repairmen, you are ‘safety specialists’….you need a unified mission statement to save lives … you are protecting families who cannot protect themselves. I will be there to defend you if you do get sued.”

The panel chimed in after Tracy’s poignant presentation. I-CAR’s Notte noted that “our responsibility is to train students correctly”, but Tracy added that students must be told that all work must be done right. Some bodyshops have customers sign that scanning wasn’t done, but that is not worth anything. “You cannot waive a child’s or other victim’s rights … it’s worthless.”

Tracy also claimed that a shop needs to keep a library of documents to back up what was done, and that the shop remains liable when the vehicle is sold to someone else. A later discussion about how much time to keep such documents resulted in “forever”, since there is not a timeframe where liability is null.

Notte stated that I-CAR has a document which outlines the skills needed in today’s shops, including electrical diagnostics, which is new and someone who wasn’t needed ten years ago. Olsen added that all shops must have a resource to access all OEM repair/service information. Note: In a second workshop I attended reviewing estimator responsibilities; this was outlined as something which should be provided to the techs by support staff on each job as applicable.

Tracy added that a bodyshop’s website can be a source of great liability. If you make claims that you have particular skills, and you don’t, that is a problem, even if that person left your organization. Notte stated that there will have to be some movement from electrical/mechanical techs in service into bodyshops, and that only 3% of the shops surveyed have the needed diagnostic skills currently!

Sublet is another area of potential liability for a shop. APN’s Clark told the group that “you have to know your vendors” and Tracy added that your vendors have to have insurance with “your name on it” and that a million dollars coverage “is nothing today.”

Honda’s Kaboos added that being a certified shop by Honda doesn’t certify to anyone that the vehicle was fixed right, only that the shop has the “ability to fix it right.” Documentation is critical to prove that you fixed the vehicle correctly and that includes pictures as the repairs are completed.

Clark, who previously owned a bodyshop, told everyone that he was “held responsible for $8 million over OEM repairs that I could not prove were done – it only takes one incident. If you don’t know how to do it, don’t … its ok to say you are not qualified to do a repair.”

Notte chimed in that after 39 years of training, in the last four years I-CAR has been told that we must have more education and to know that the equipment is in-fact at the shop and able to be used properly to certify it.

Rozint said there is a need for a “quality cycle showing repairs were done right, including pictures as the work progresses – need metrics and KPIs to document the process.” He noted that GM is asking Mitchell to set up a program showing that work was done as instructed.

You must provide the evidence through photos showing what was wrong, and related photos showing that you repaired each items correctly, stated Clark. That may include photos of welds and the welder used, a log about what time particular work was done to be completely accountable.

Tracy then asked the attendees if their job file would save them or crucify them? Clark added that his documentation situation “changed my life.”

Olsen warned that pulling then clearing codes is not acceptable. A diagnostic procedure must be followed and that includes research and thorough documentation. “Pulling codes is just a beginning.”

Kaboos cited an example where airbag deployment doesn’t create a DTC which lights a dash indicator. “It’s not a malfunction; a DTC is a fault code, so you have to go into a secondary report to determine which sensors were affected. If the battery is disconnected, you have to go through scanning. You have to read about disconnecting a battery, which requires more than just a reconnect.”

Regarding newer vehicles needing more diagnostics and recalibrations, Rozint noted that outsourcing will affect cycle times, while the shop can be paid for this work. Tracy added that this type of work should be at a higher rate and that ADAS diagnostics should always be a separate line item. Rozint said that manufacturers are looking at some type of record keeping showing every time a car was worked on and that it is being put in place.

OEMs need to change their “wishy-washy language regarding parts, make them required and that the warranty is removed if an Aftermarket part is used.” That’s an alteration, according to Tracy.

Rozint stated that any scan tool a shop purchases should have “licensed software” only, and that there are counterfeit scanners being sold. Kaboos related that Honda creates and licenses software to the Aftermarket. Olsen stated that the bottom line is if your scan tool cannot retrieve live OEM data stream information for the technician, find one that can.

Tracy ended the session by claiming that there needs to be “public backlash” to insurance denying proper repairs. “They will make their money back jacking up the rates.”

The air was thick throughout the session, and individuals lined up with questions which were answered in the aforementioned paragraphs. Note-taking was furious throughout. There’s a lot on the line for any collision center regarding repair liabilities, affiliated with a dealer corporation or not. I know my own consulting/teaching approach will be a lot more aggressive after this emersion, and I hope I have spelled it out clearly enough to get you motivated too.

It was noted during the session that AAA has new informative information regarding ADAS performance, and that this material should be provided to all customers. I requested this data from AAA and received excellent explanations of the safety systems and the related eye-opening costs for their repairs. If you would like to see what AAA provides, email me at Ed@NetProfitGroup.com and put on the subject line “AAA Handout Info Is For Me” so I know what to send you. These documents will make great education tools for your staff and semi-informed insurance estimators too.

Ed Kovalchick has traveled the world training and consulting in fixed operations for manufacturers and dealers. His extensive background includes master technician status, independent shop owner, dealer with all Chrysler & Nissan franchises, and founder of Net Profit Inc., fixed operations consulting and training. He is a graduate of the University of Louisiana, and has served as state president of the Automotive Service Councils, and the advisory boards of Wyo Tech and Virginia College. He has been a regular columnist and conference presenter with Dealer Magazine and Digital Dealer since 1995. He can be reached at Ed@NetProfitGroup.com