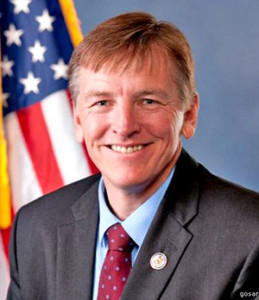 Two major national issues have pushed insurance reform back in the national spotlight. First, efforts to reform or repeal Obamacare have produced a renewed interest in the repeal of the McCarran-Ferguson Act. Second, the 115th Congress’ move to revisit the Dodd-Frank Wall Street Reform and Consumer Protection Act has enlisted a number of organizations excited about the repeal of the U.S. Department of Treasury Federal Insurance Office’s provisions.

Although efforts to reform or repeal the Affordable Health Care Act with the American Health Care Reform Act were abandoned, a narrow repeal, applicable to health insurers only, of the McCarran-Ferguson Act did pass the U.S. House of Representatives by a vote of 416-7.

Since 1945, insurance companies have had a “limited” exemption from federal antitrust laws that apply to most other industries, assured to them through an act of Congress. The McCarran-Ferguson Act provides that federal antitrust law applies to the “business of insurance” only to the extent that state law does not regulate such business. The anti-competitive consequences of McCarran impact both consumers and small businesses that have to deal with insurers. Efforts to repeal McCarran have failed repeatedly. Unsurprisingly, insurers have fought diligently to prevent the repeal. Unfortunately, this “narrow” exemption has been used as an excuse for federal regulators – the Federal Trade Commission and the U.S. Department of Justice – to avoid any significant oversight of the insurance industry.

The recent passage of H.R. 372, the Competitive Health Insurance Reform Act of 2017, by such a wide margin in the House demonstrates an interest by the Congress to make the rules for the insurance marketplace the same as every other industry in the United States.

After the vote, the bill’s sponsor, U.S. Rep. Paul Gosar, R-Ariz., stated, “Today, an overwhelming bipartisan majority in the House joined me in taking a historic step to begin rebuilding America’s healthcare market. As a dentist for over 25 years, I know first-hand that restoring the application of federal antitrust laws to the business of health insurance is the key to unlocking greater competition in the marketplace. Making health insurance companies compete in a free-market will result in huge benefits for hospitals, doctors and, most importantly, patients. History has always shown us that when we put the patient first and demand that health insurance companies compete for their business, premiums go down while quality goes up. I’m proud to have led this effort in the House and call on Senate leaders to take up this bipartisan legislation in a timely matter.”

“There are very few antitrust exemptions in this country, and for good reason,” added the bill’s co-sponsor, Rep. Austin Scott, R-Ga. “For decades, insurance companies have lived under a different set of rules than everyone else, and today the House has voted to bring health insurers back under the umbrella of our federal antitrust laws. While this is not an end-all, be-all to fixing our broken healthcare system, I strongly believe this piece of legislation is a big step forward in untangling the mess our health insurance marketplace has become and fulfilling our promise to create a marketplace that works forall Americans.” 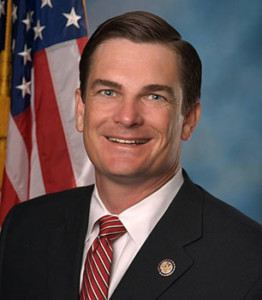 “The Administration supports H.R. 372, the Competitive Health Insurance Reform Act of 2017. Many Americans have seen their health insurance premiums increase, and healthcare options decrease, significantly under the Affordable Care Act. The Administration supports efforts to restore competition to the health insurance marketplace in order to lower costs and expand choices for consumers.

“H.R. 372 would amend the McCarran-Ferguson Act to ensure that federal antitrust laws apply to the business of health insurance. The bill supports the goal of giving American families and businesses more control over their own healthcare choices by promoting greater health insurance competition. The bill would specifically prohibit businesses from engaging in anti-competitive practices, including price fixing, bid rigging and market allocation that could drive up healthcare costs.”

The Dodd-Frank legislation, H.R. 4173, was signed into law in July 2010. Title V of Dodd-Frank included a requirement to establish the Federal Insurance Office (FIO) at the U.S. Department of Treasury. FIO is to review international insurance agreements and monitor the insurance industry from a federal level. While the FIO serves as a regulatory agency, it does not displace state insurance regulatory powers.

ASA supports the federal regulation of insurance and viewed FIO as the first step toward more federal review of insurance matters. FIO had a slow start, has not been engaged in many issues related to property and casualty insurance but does have jurisdiction over insurance issues, except for health insurance. For example, FIO recently released a report on “The Affordability of Personal Automobile Insurance.”

The U.S. House Financial Services Committee is preparing legislation that will either reform or repeal Dodd-Frank. Several insurance associations, including the National Association of Insurance Commissioners (NAIC), have taken a position that the 115th Congress should not eliminate FIO in any Dodd-Frank initiative. Attempted legislation to limit FIO’s scope has taken place since 2010 but with little success.

Important to the administration’s position on insurance reform will be the views of the new head of the U.S. Department of Justice’s Antitrust Division, the Federal Trade Commission and the Director of FIO.

Collision repairers will have a full plate over the next 18 months protecting FIO and assuring input in any congressional and administration discussions relative to insurance reform.

To learn more about insurance reform and other legislative and regulatory issues, go to ASA’s legislative website: TakingTheHill.com.