Improve Your Communications Style To deal effectively with difficult people 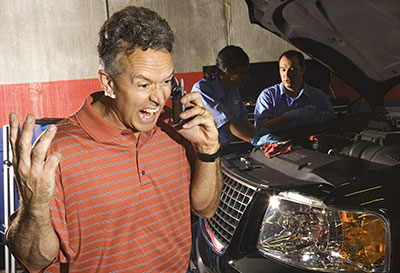 Automotive professionals have workshops, seminars and other aids to educate and inspire them to excel in their daily routines. But how many agendas include a segment on communicating with difficult people?

Those who can afford it pay personal trainers to help them work out and stay physically fit. But how many of us have ever sought coaching for dealing with people who cause workplace stress? Knowing how to communicate with difficult and challenging personalities won’t reduce your waist size, but it can make your work more productive and rewarding.

Shop owners and managers often communicate with personalities that deplete their time and energy. The following, based partially on my having tested the communication styles of some 2,000 professionals in seven countries, is intended to provide helpful hints on how to deal with difficult and challenging people.

As an automotive shop professional, you have choices in how you communicate with a challenging person. You can do nothing and hope things get better — not a sign of great leadership. Or you can hope that the difficult person will seek to amend his attitude and behavior. My advice: Don’t count on it! You cannot rely on difficult people to create change for the better. Why would difficult people change attitudes or behaviors that have gone unchecked for years? They’re not motivated to make a manager’s life easier or his career more enjoyable.

Managers must take the lead to make things better. The following will assist you in creating a more harmonious atmosphere for you and your co-workers.

Take a look at yourself

Look in the mirror: Before pointing fingers or seeking a solution to any interpersonal challenges, begin with a thorough self-examination. Are you certain that the source of the behavioral problems come from the other person and not you? What is your mirror telling you? Do you recognize that you have hot buttons that are easily pushed? If your answer is yes, your mirror is telling you to solve your personal issues before seeking a resolution with the other person.

Effective listening becomes more important when we realize that it’s the first step in transforming the challenging personality into a collaborative colleague. Active, empathetic and responsive listening takes place when we care about what the other person is trying to tell us and actively reach out with questions, tone, voice and body language. When people feel that they have not been heard, it adds to their frustration and anger. 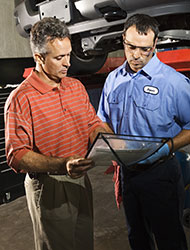 Although most of us realize the value of listening skills, few, in my experience, have done anything about it. I’ve asked more than 1,000 professionals if they had taken a course, read a book, listened to an audiotape or viewed videotape on listening skills. Most of those who responded were college graduates, some with post-graduate degrees. Yet the response from those who had was a mere 2 percent.

Researchers, articulating the importance of personality and its influence on how people relate to one another, stress that people fall into one of four major behavioral functions: Controller, Analyzer, Supporter or Promoter. Individuals tend to get along better with those who communicate in a style similar to their own. Conversely, we have the most difficult time relating to someone who is the exact opposite of us. If you know your own style and the style of the other person, you’re much better equipped to communicate in an open-end way that seems more open and trustworthy. As communication barriers begin to fall, your ability to relate is enhanced because you’re more in sync with each other.

Controller: The Controller is a doer and often the driving force in an organization. This person leads others and is characterized by an emphasis on action and results. He thrives on getting things done here and now. Just as the alpha dog must lead the pack, the Controller must be first and must lead. Because he places high standards on himself and others, he is likely seen as constructively impatient and a tireless worker. Automotive shop owners likely qualify as Controllers.

When communicating or working with the typical Controller, be prepared to move fast and expect to be tested. The Controller might argue, interrupt, disagree, raise his voice and challenge your thoughts. But keep in mind that his behavior is not an attack on you. The Controller’s attitude is not personal; it’s just the way he communicates.

Analyzer: Characterized by analysis, details, logic and systematic inquiry, the Analyzer might also be called a bit stiff. He functions in a steady and tenacious manner, finding great satisfaction in identifying a problem, carefully weighing options and testing them to determine the best possible solution. The Analyzer is of great value as a logical thinker who provides objectivity to a complex problem. Don’t expect him to be the life of the party, but he will show up on time.

You need to stay well organized when working with Analyzers, have your details lined up and carefully plan each meeting. Speak slowly, as he processes information more thoroughly than most. And pause to ask questions about the topic you’re discussing to make sure you’re both on the same page. One of the surest ways to create a communication barrier with the Analyzer is to generalize. Remember: Think specifics.

Supporter: A concern for people dominates the thinking and behavior of the Supporter’s style. He’s often sought out for his ability to empathize and for his patience with others during a time of crisis. An understanding listener, he can identify change in ways that reduce conflicting forces and increase the likelihood of cooperation and teamwork. A weakness among Supporters is their tendency to become emotional, which might be viewed as a substitute for taking action. Of the four personality types, the Supporter is the most likely to back away in times of conflict.

You can achieve effective communications with the Supporter through an informal, open and personalized approach. Maintain ample physical space between yourself and the Supporter. While you can be enthusiastic, even somewhat aggressive when communicating with the Controller, the Supporter will balk at signs of aggressive interaction.

Promoter: The Promoter is characterized by a heavy emphasis on ideas, innovation, concepts and long-range thinking. The Promoter will challenge you – not because he’s hostile but because he has learned the value of constant probing to uncover new ideas.

A fast and deep thinker, he questions himself and others. He’s not inclined to take things for granted. The Promoter is seen as a leader and a visionary capable of seeing new possibilities that others do not sense. This is a person with a strong ego who can come across as “superior” and can be condescending in his communications. Quick thinking and a quick wit are characteristics of the promoter.

When communicating with the Promoter, probe for his ideas and concepts. Ask questions. Because so much of this individual’s ego is invested in what he does and how he does it, communicate your awareness of his ideas, plans and, most of all, his vision. Promoters love to talk about their plans. Let them have at it. Sit back and absorb.

When you take the initiative and create change for the better, great things can happen. You set a positive example for others to follow, and you create a more harmonious atmosphere for yourself and your co-workers. Anne Frank captured the essence of this when she wrote, “How wonderful it is that nobody need wait a single moment before starting to improve the world.” While changing the world may not be your goal, you can take pride knowing that through your knowledge of how to effectively communicate and deal with challenging personalities, your status as a manager and as a leader will be more productive and enjoyable.