A historical Houston shop started almost seven decades ago is going stronger than ever. 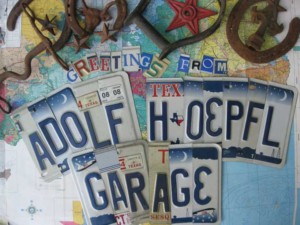 Adolf Hoepfl & Son Garage has “new” owners, but it’s still a mom-and-pop shop, just as it always has been. And the new owners’ business philosophy is much like the Hoepfls’: Take care of customers, give back to the community and the business will take care of itself.

The automotive repair shop is named after the company founder, Adolf, and his son, Eugene.

Adolf and his wife, Lillie, built the shop from cement blocks they poured and from pine trees they cut down to use as ceiling rafters. When they opened the shop in 1946 at Shepherd Drive and 43rd Street, Shepherd was a dirt road and 43rd Street was the edge of the city. Today, Adolf Hoepfl & Son Garage is well in the interior of the metroplex, in an older part of the city on the north side.

Lillie and Adolf had two children, Eugene and Linda. Both worked at the shop.

Eugene and his wife, Virginia, took over the shop in 1985.

When Eugene was nearly 65, he decided it was time to sell the shop to another mom and pop.

The van der Pols have owned it nearly 10 years.

Adolf Hoepfl died several years ago shortly before his 93rd birthday. Eugene, 75, and his wife, Virginia, still come by the shop every week or two. Kathryn and Sybren look forward to their visits and consider them good friends. 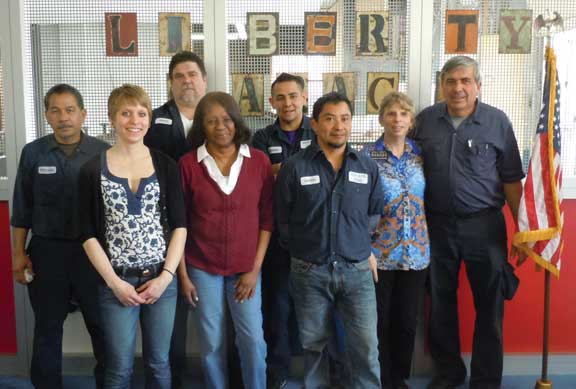 After graduating with a degree in business administration from the University of New Orleans, Sybren moved to Houston. There, he worked for dealerships that specialized in Chryslers and Jeeps.

By 2004, he was ready to find a shop of his own. He met Eugene Hoepfl and, the rest is history.

Sybren asked his wife, Kathryn, who had been a schoolteacher, to help him.

What sold them on buying the shop, says Sybren and Kathryn, was the Hoepfl family. The Hoepfls’ honesty, hard work and self-reliance impressed them, and they wanted to carry on the family business, which had become a landmark in the community.

Interesting, they say, is the fact that many customers called Eugene “Adolf” and now many call Sybren “Adolf.”

“Even though we are a historic auto repair garage that has served as a landmark in Houston’s Garden Oaks neighborhood for 68 years, we are constantly striving for improvement in every aspect of our business,” says Sybren. “We’re proud of ‘the Adolf difference’ and you’d think by now we would be perfect, but cars keep changing; we have to change too.”
Sybren says they are continually changing with the times by investing in scan tools, attending training classes, and purchasing some hybrid diagnostic equipment. The van der Pols also visit other shops and talk to shop owners, and this past year, signed up their technicians for the Alldata Training Garage. They have also attended ASA-Midwest’s Vision HiTech Training & Expo held annually in the Kansas City area.

Kathryn says, “Business is like riding a bicycle; either you keep moving or you fall down!”
Also working in the business is the van der Pol’s daughter, Virginia. One of the biggest advantages of having family members work in the business, says Kathryn, “is the fact we can absolutely trust each other.”

Giving back to the community includes holding an annual fish fry to raise money for the Multiple Sclerosis Society. In addition, Sybren and Kathryn manage a very active Facebook page, which can be accessed by visiting www.facebook.com/adolfsgarage. They also donate 1 percent of their sales to charity and they choose a different charity every month. In January they donated to a scholarship fund for the Heights Chamber of Commerce and in February they made a donation to Child Advocates. March’s donation went to the Battleship Texas, which is turning 100 this year.

Kathryn and Sybren both are active members of the Heights Chamber of Commerce. Kathryn is a former director. She’s also the founder and first president of the North Shepherd Area Business Association and served as president of the Houston chapter of the Automotive Service Associa­tion in 2010.
Currently she is a director of ASA-Texas.

Kathryn was recognized as the Most Valuable Mem­ber of the Year in 2011 by ASA-Texas. In 2012, she received the Legislative Award from the national office of ASA. The ASA Chairman’s Legislative Award recognizes those who have made an impact on legislative and regula­tory activities.

The Houston Press newspaper in 2012 recognized Adolf Hoepfl & Son Garage as the best auto repair shop in that city – which is impressive when you consider that Houston has more than 2.1 million people and nearly 200 independent auto repair shops.

What’s ahead for Adolf Hoepfl & Son Garage? “We plan to add a lube shop and open on Saturdays,” say Kathryn and Sybren.

Name of Shop: Adolf Hoepfl & Son Garage
Location: Houston
Square Footage of Shop: 7,000 sq. ft.
Number of Employees: Nine
Number of Repairs Weekly: 70
Projected Annual Sales: $1,200,000
Website Address: www.adolfhoepfl.com
Why Kathryn and Sybren Are Members of ASA: “When we purchased Adolf Hoepfl & Son Garage, we learned from Eugene (the son) that Adolf had been one of the original six founders of the Independent Garagemen’s Association, which morphed into ASA. So, we felt we had to be part of the association! We have continued our membership because it has helped us become more professional and it has provided information we wouldn’t have learned any other way. Most of all, we have formed relationships with other ASA members that have become priceless friendships.”