When the National Highway Traffic Safety Administration (NHTSA) released its Federal Automated Vehicles (AV) Policy in September 2016, the focus was on NHTSA issuing a guidance document and its four key sections: vehicle performance guidance; model state policy; NHTSA’s current regulatory tools to oversee the testing and deployment of AVs; and new tools and authorities that could be useful in NHTSA’s efforts to make possible the safe development of automated vehicle technology. 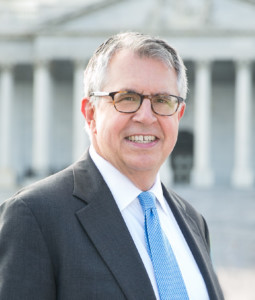 The language included in the 2016 guidance policy and its impact on state AV policies or how the 2017 state legislatures will react to these guidelines is yet to be determined. NHTSA has been clear that the federal guidelines for AV were an evolving process and would be reviewed annually.

Now, with the new Republican administration and a Republican U.S. House of Representatives and Senate, observers are anxious about who will be appointed administrator of NHTSA. U.S. Department of Transportation Secretary Elaine Chao recently spoke at an event and noted that automakers and technology companies had to spend more time educating consumers about automated vehicles.

For background, the Committee offered that there were 35,092 traffic fatalities on U.S. roadways in 2015. The development of self-driving cars creates an opportunity to significantly reduce traffic fatalities, improve transportation mobility and accessibility and decrease the environmental impact of cars in the U.S. and around the world. Although the auto industry has been researching the development of partially automated vehicle technology for decades, a number of automakers, equipment manufacturers, technology companies and automated driving start-ups have recently announced plans to develop and test fully self-driving cars in the United States.

The Committee also noted that “In preparation for commercial deployment, the development of self-driving cars will require extensive testing and validation to ensure that the vehicle is safe for consumer use.” U.S. Senate Commerce Committee Chairman, Sen. John Thune, R-S.D., commented after the guidelines were released that he views Congress as being in an oversight role regarding AV issues.

Automakers made a strong case for continued research, development and marketing of AVs. GM’s Abelson, in support of AVs, stated:

“With 94 percent of fatal crashes caused by human behavior, there is tremendous potential in deploying technology that can do much better. Self-driving cars won’t drive while impaired by drugs or alcohol; they won’t be distracted by a cellphone; they won’t drive drowsy or recklessly; and their speed will be limited to that of the local laws and conditions.

“For years, automakers have committed our resources to protecting passengers when crashes do happen. Today, through the continuing development of technology, we have the further opportunity to avoid crashes altogether. Not only are we committed to building safe and reliable self-driving vehicles, we also believe that self-driving vehicles will provide tremendous benefits to society in terms of convenience and quality of life. Such vehicles will provide unprecedented access to transportation to those who need it most, like the disabled community and those in underserved neighborhoods with limited access to public transportation.”

“Volvo Car Group (VCG) plans to offer customers in selected cities in Europe, the United States and China unsupervised self-driving cars [that are] Society of Automotive Engineers (SAE) level 4 by 2021. These cars will be able to operate autonomously under normal traffic conditions on selected commuter roads. In the future, as technology evolves, unsupervised driving in more complex traffic situations will be possible.

“It must always be 100 percent clear to the driver who’s driving, and the vehicle should not be dependent on getting the driver back in the loop. When these cars are in autonomous mode, VCG believes the product liability should no longer rest with the driver but should be assumed by the manufacturer. Therefore, in 2015, VCG announced that Volvo Cars would assume liability for SAE level 4 vehicles if a crash or incident is a result of a defect in the drive-assist technology. This is, of course, provided that the handover is conducted properly, and the car has not been misused.”

Bryant Walker Smith, a law professor at the University of South Carolina, has addressed the shift in responsibility for liability. Smith, who has published and spoken extensively about AV issues, released a lengthy paper on AVs and product liability in February 2017. He summarizes, “The article concludes that the current product liability regime, while imperfect, is probably compatible with the adoption of automated driving systems. These systems, when introduced, are likely to be substantially safer than human-driven vehicles.

“Because driving decisions will shift from human drivers to automated systems (and their designers), a larger share of the crashes that nonetheless occur will implicate product liability law. This means that, in comparison to the automotive industry today, the automated driving industry will likely bear a bigger slice of a smaller pie of total crash costs. Under conservative assumptions, these costs are large – but not extraordinarily so.”

The Congress is in the early stages of policy development for AVs. Until a NHTSA administrator is nominated and confirmed, it’s unlikely that any federal changes will be made in AV policy. When he was president, George W. Bush took about six months to nominate a NHTSA administrator.

It’s more likely that House and Senate authorization committees will continue their fact-finding and oversight role until the new administration is in place to discuss federal AV policy. In addition, much will depend on how far states go in their AV policy development. Do states overreach? If so, this might encourage the federal government to be more aggressive at an earlier stage than just policy guidelines.

To learn more about AV policy, as it evolves at the state and federal levels, go to ASA’s legislative website: TakingTheHill.com.