The new report comes at a time when used car sales & prices are at record highs. 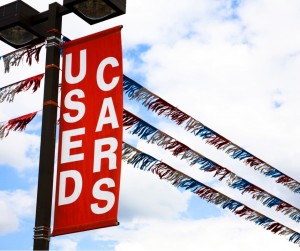 FOSTER CITY, Calif. — A recently released report lists the 2006 to 2020 car models that cost the most and least to insure and comes at a time when used car sales and prices are at record highs.

Early results of an ongoing Insure.com survey show that nearly 53 percent of those who purchase used cars fail to consider the cost of insurance in their car-buying decision.

The new Insure report, “Buying and insuring a used car: Most and least expensive 2006 to 2020 models,” finds that budget conscious drivers can choose used car models such as Honda, Chrysler, and Dodge to save on insurance, which have rates ranging from $922 to $958 per year.

The top five least-expensive used car models to insure in 2021:

At the other end of the spectrum, Maserati holds nine of the top 10 slots in the most-expensive used cars to insure with rates ranging from $4,248 to $5,102, while Porsche tops the list with an average annual premium of $5,239.

The top five most expensive used car models to insure in 2021: