At the request of U.S. Sen. Claire McCaskill, D-Mo., the U.S. Government Accountability Office (GAO) recently conducted a study of state vehicle safety inspection programs. The GAO did a similar review in 1990 at the request of John Dingell, D-Mich., then-chairman of the U.S. House Energy and Commerce Committee. 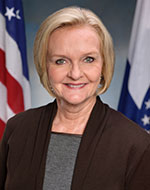 In the 1990 report titled, “Motor Vehicle Safety, NHTSA Should Resume Its Support of State Periodic Inspection Programs,” the GAO was clear as to follow-
up for the National Highway Traffic Safety Administration (NHTSA) and the need to support these state inspection programs. Specifically, the report stated:

“GAO is recommending that the Secretary of Transportation direct NHTSA to support state periodic motor vehicle inspection programs through such actions as (1) sponsoring research, (2) assisting inspection states to share their experiences and adapt to changing automotive technology, and (3) promoting public awareness of the need to properly maintain the safety-critical components of vehicles.”

As of this summer, there were just 16 state programs in place. In the GAO’s letter to McCaskill, it highlighted a portion of NHTSA’s mission: “NHTSA supports state efforts to improve traffic safety and issues guidelines to help states optimize the effectiveness of highway safety programs at the state and local level. One of these guidelines recommends that each state have a program for periodic inspection of all registered vehicles to reduce the number of vehicles with existing or potential conditions that may contribute to crashes or increase the severity of crashes that do occur.”

Congress established that NHTSA could withhold portions of a state’s federal highway fund allocation between 1967 and 1976. This was the peak of state inspection programs. Once this enforcement tool for NHTSA dropped, some states dismantled their programs.

NHTSA does offer guidelines that recommend that states have periodic motor vehicle inspection programs. GAO noted in the latest report:

“According to officials in 15 states with existing vehicle safety inspection programs whom we interviewed, these programs help improve the condition of vehicles; these officials point to data on the number of failed inspections as evidence of the safety benefit of these programs. Officials whom we interviewed from all 15 states said their programs help identify vehicles with safety problems and remove these unsafe vehicles from the roadways or compel owners to make repairs that otherwise might not be performed. Most of these states (12 of 15) collect data on the number of vehicles that fail inspection – the failure rate – and officials from nine of these states cited their failure rate data to demonstrate the effectiveness of their programs.”

Although NHTSA has not taken the responsibility of evaluating the importance of these state programs as far as accidents, injuries and deaths, several states, including Pennsylvania, have pursued studies that cover this issue.

The GAO’s recent report focused more on three U.S. studies that were “unable to establish a statistically significant effect of vehicle inspection programs on fatalities or injury rate.”

ASA hosted a Vehicle Inspection Forum in Philadelphia last year and will hold a second forum in St. Louis Dec. 2, 2015. State vehicle administrators and law enforcement representatives have been clear that these programs work and are valuable tools for efforts to reduce accidents, injuries and deaths.

The lack of data is a big problem. The Fatality Analysis Reporting System (FARS) collects fatal traffic-crash data for NHTSA, but it’s limited to crash data involving fatalities. The report notes that the National Automotive Sampling System’s General Estimates System (NASS-GES) is another source for failed vehicle components but “the sample is not set up to be representative at the state level; therefore it cannot be used to compare states with and without safety inspection programs.”

GAO concluded the following in the 2015 report: “Benefits and costs of state vehicle inspection programs are difficult to quantify. State officials told us they sometimes have questions about new technologies and other issues related to vehicle safety, and have not been able to get clear answers from NHTSA.

“NHTSA’s work in the areas of Federal Motor Vehicle Safety Standards and defects investigation touches on vehicle component and safety information that could be useful to state vehicle safety inspection program officials, but this information is not being provided directly to these officials nor to the national group that represents these officials.
“NHTSA’s decision to not devote significant resources to state vehicle inspection programs is consistent with research showing that vehicle component failures are a relatively minor contributor to traffic crashes.

“Establishing a communication channel to answer questions from state officials and convey information could assist states in improving their vehicle safety inspection programs.”
Finally, GAO recommends: “To improve assistance to states in regard to the periodic motor vehicle inspection guideline, the Secretary of Transportation should direct the administrator of NHTSA to establish and maintain a communication channel with states to convey relevant information related to vehicle inspections and respond to questions from state safety inspection program officials.”

The U.S. Department of Transportation (DOT) responded to the GAO report. To read the entire DOT report, go to takingthehill.com/content/uploads/GAO-Vehicle-Safety-Inspection-Report.pdf.

ASA supports state periodic motor vehicle inspection programs and will continue to encourage Congress as well as the administration to provide states the resources necessary to maintain or establish inspection programs that assist in preventing accidents, injuries and deaths.