Hydrogen Fuel Cell Vehicles May Be the Next Big Thing. Or Not. We Shall See.

Fuel Cell Electric Vehicles (FCEV) are here, not a lot of them, but they have arrived.

Now, we have millions.

FCEVs are sold or leased mostly in California, but if enough Hydrogen refueling stations are built, these “moon shot” vehicles will continue to be sold. The Fuel Cell was built so we could get to the moon and back, after President John F. Kennedy asked the American people to support such a mission.

Now we are asked to support Fuel Cell cars. Will we?

A fuel cell uses Hydrogen (H2) and Oxygen to create electricity and the only byproduct is water and heat. The emissions to produce H2, if sourced from clean energy such as solar, wind or hydro, is close to zero. Only electric vehicles (EV) and FCEVs can make this claim. 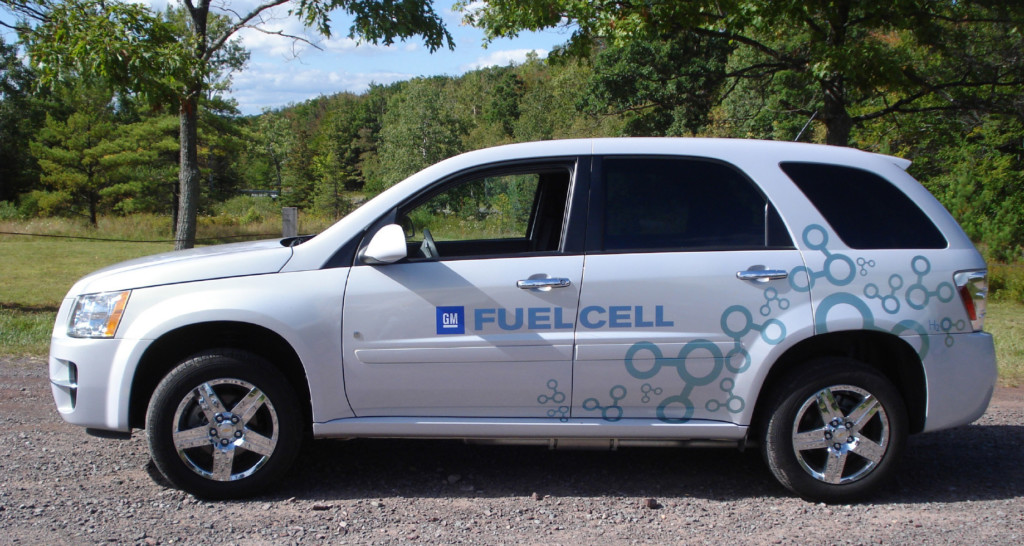 Hydrogen can be safe, just like gasoline, if rules are followed. Although flammable, it is so lightweight that if released in a collision the Hydrogen would quickly dissipate, as long as it is released into the atmosphere.

Gasoline produces heavy vapors that pool in low areas and remain explosive. H2 is odorless and colorless, but unlike compressed natural gas (CNG), an odorant cannot be added because it would damage the fuel cell. Just like high-voltage systems and gasoline, safety has to do with education, safe practices and proper equipment.

Once you have become proficient on EVs, the FCEV is more about the Fuel Cell and related support systems because the rest of the vehicle is pretty much an EV.

You will find that Hydrogen storage on vehicles looks much like CNG storage. One or two tanks, usually fiber-wound bladder tanks, contain the compressed H2. As newer FC vehicles are designed, tank pressure capacity has increased.

Safety features are integral to the system. Hydrogen sensors are mounted where the H2 gas would accumulate in the event of a leak, like the headliner, trunk and under the hood. The minimum concentration required for ignition is about 4 percent, and the sensors will disable the vehicle if they sense levels approaching that. At 2 percent the system may trigger warning lights and the vehicle may not restart. At 3 percent the vehicle will stop operating.

Because Hydrogen is extremely flammable, collision facilities must be designed to safely vent loose Hydrogen. Hydrogen is much lighter than air. The building that handles FCEVs must be top-vented with no ignition source near the top. If the service area has a lift, this may mean the safety shut-off at the top of the hoist must be converted from electric to pneumatic switching.

In addition to removing spark sources from the top, a rapid, spark-free vent system is required. The surrounding shop service area is also an area where flammable fluids (gasoline) are used, as they are heavier than air, so the bottom 36 inches has to be free of spark hazards. The cost to build an indoor single-service bay may exceed $500,000. Some fuel cell OEM dealers are unwilling to make the investment so they service them outside, where the sky above eliminate threats of accumulating Hydrogen.

Currently, fuel cell vehicle service is almost completely captured by dealerships. The Honda Clarity FCEV service requires special tools and training. The primary service tool is the Hydrogen Leak Detector, which works much like one used for air conditioning refrigerants. Used for routine leak inspections of the Hydrogen system, it is typically done when the tires are rotated. Because Hydrogen is so much lighter than air, the leak detector is used to search above, rather than below, suspect leak areas. Inspections must be done carefully.

One repair that a body shop will likely encounter after a front-end collision is the replacement of the coolant in multiple radiators. These vehicles are highly sensitive to changes in critical fluids.

The “Fuel Cell” stack coolant cools the actual fuel cell interior, so it must be non-conductive. Adding anything other than the specified coolant can cause a ground short fault that will stop vehicle operation. The flushing procedure for contaminated coolant is extensive and expensive.

The Toyota procedure requires draining and refilling the coolant several times and uses a case of coolant that costs about $900, along with distilled water. Separate cooling systems exist for the electric motor and boost converter. They have service intervals similar to cooling systems on other HEVs. Adding tap water to the wrong cooling system may disable the vehicle.

In the fuel cell cooling system, there is an “ion filter” which is a resin bed catalyst filter similar to resin in water softeners. This cartridge type filter requires replacement every few years. It works to keep the FC stack coolant from becoming electrically charged and, therefore, electrically conductive.

The high-pressure hydrogen tanks must be inspected or replaced at specified intervals. When the leak inspection is done, the tanks should be visually inspected for damage. Unlike CNG tanks, which can be recertified after pressure tests, hydrogen tanks must simply be replaced after 15 years. If a Hydrogen tank is ever brought to atmospheric pressure it must be replaced because the interior bladder tank liner will collapse. New tanks are shipped slightly pressurized for this reason.

Every once in a while, a FCEV sustains body damage and must be repaired. If the repair requires welding, or if it is at the rear of the vehicle, you may have to remove the fuel tanks. The manufacturer makes special fittings and jigs to facilitate tank removal. Even the dealerships do not own these tools. Instead, they borrow them from the manufacturer and treat the car as if it were inoperative.

Hydrogen Fuel Cell Vehicles may be the next big thing. Or not.

Cost is an issue today for FCEVs and the refueling infrastructure. H2 stations are expensive – like $1 million to $2 million each.

Some auto manufacturers see it as the fuel of the future. Others aren’t so sure.

Hydrogen offers high efficiency, zero emission powertrains but so do EVs. FCEVs use high-pressure tanks that have return dates. EVs batteries do wear out. Body shops will have strict safety and code requirements to work on FCEV. Fuel Cell viability will depend on the development of a robust fueling network, but the technology has great promise in other areas, such as stationary and large vehicle applications, plus trains and large-platform vehicles.