When a former employee is suspected of cashing shop checks, the owner wonders if he should prosecute…

…What would you do?

This is a recent situation from a shop owner in Southern California: “I hired an employee who worked in the office. She only worked three-and-a-half days with me. She told me that her grandfather was sick, so she came in only a half-day on Monday. That was her last day with me, because her grandfather passed away, and she never came back or called, even though I expected her to return to work.

“A month later, when our bank statement arrived, I discovered that three checks were cashed under the name of a person that I had never employed. These checks were from the back of our checkbook, and I assume she and the other individual thought we would not notice them missing.

“The bank is reviewing the case and should refund me the full amount of $1,400. Each check was written for small enough amounts that a bank employee would assume one of my employees was cashing the checks.

“My question is: Should I pursue a small-claims judgment, or a criminal charge, against both of them or just let it go? Because the amount is relatively small, law enforcement officers might not be willing to pursue these people to get my money back.

“However, I want both of them to be held accountable to some degree. The checks were stolen. But I don’t have proof that she stole them. A Facebook search showed that my former employee was in a relationship with the brother of the man who cashed one check, and the handwriting on a second one matched her signature. In addition, both of her employee paychecks were cashed on the same days as two of the stolen checks.

“The bank is pulling video and copies of her checks, too. Thumbprints are on all of the cashed checks, and I can show that they know one another.

But despite the fact I’ve been told to let it go and not spend the time or effort, I feel I should let her know that I know.” What would you do? 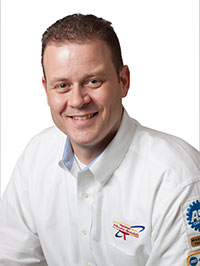 “My answer to your question would be, ‘Yes, you should pursue these individuals.’ Your description of the situation shows that your sleuthing uncovered enough evidence to support your gut feelings. It’s great that your bank has agreed to refund your money. But there’s more at stake here than just the monetary side of it.

“Apathy is not the best medicine in this case. Chances are good that others in your operation have heard about this episode. Make no mistake. They’re watching to see your reaction. Your response in this case should be one of outrage and fervent action. You should make it known that theft won’t be tolerated from anyone at any time for any reason. I assure you it will be an “investment” in your business future.

“While you’re not the ‘world’s policeman,’ you have to ask yourself a few questions: How many other people have they done this to? Will they do it again to someone else, someone who won’t get their money refunded? How many times will they do this before they get really bold and do serious financial damage to their victim?

“You have a social, moral and business obligation to pursue action against the individuals who committed these crimes. I assure you that when it’s over, you’ll be glad you did.”

“I worked for a friend that had this happen. He was just starting out, and it hurt him big time.

“I don’t understand the idea that, as this is a business decision, you shouldn’t pursue the issue. How is letting someone get away with stealing from you the correct way to handle it?

“It’s definitely the easy way out, but there are enough hands in our pockets without letting someone steal from us. And what about your friend across town who has a shop? They go to him, do the same thing and he loses three or four times as much money and can’t get it back. I’m pretty sure he won’t be thanking you for your ‘business decision.’

“I would pursue this matter as far as I could.”

“This is an interesting question. It would definitely not be worth my personal time to pursue it even if the bank didn’t refund my money. As angry as I would be over this situation, I believe this person should make a business decision. A business decision is different than a personal decision. In business, it’s not always right or wrong; it’s just business. This is why I will often go the extra mile with my customers, even when I think they are wrong.

“During my first 20 years of business things like this would drive me crazy. I would become so angry that I would even lose sleep at night. I remember that one time I even took a customer to court over a $50 stop-payment check. When the judge told the customer that they were wrong, the customer disagreed with the judge. I guess I thought if I won the case, the customer would be convinced that they were wrong. The time and money I spent to prove my point wasn’t worth the effort.

“One day, I was lamenting about my losses from theft and warranty to another shop owner. I asked this shop owner how they dealt with it. He replied, ‘T.J., I look at my losses as just a line on my balance sheet – nothing more and nothing less. As long as my losses are within a certain percentage, I don’t worry about it. It’s just part of doing business.’”