How will it impact automotive repair shops? 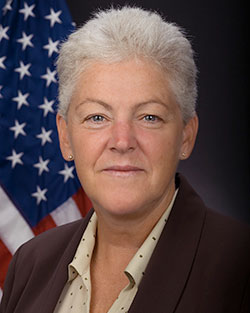 The U.S. Environmental Protection Agency (EPA) has finalized its new air quality standards for ground level ozone. The level had been established at 75 parts per billion (ppb) in 2008 during the George W. Bush administration. The new level of 70 ppb represents a significant lowering of the ozone standard.

It’s important to note that the Obama administration had considered a lower standard of 65 ppb. As part of the proposed rule, the administration received comments for a standard as low as 60 ppb.
The EPA released the following
statement:

“Based on extensive scientific evidence on effects that ground-level ozone pollution, or smog, has on public health and welfare, the [EPA] has strengthened the National Ambient Air Quality Standards (NAAQS) for ground-level ozone to 70 parts per billion (ppb) from 75 ppb to protect public health. The updated standards will reduce Americans’ exposure to ozone, improving public health protection, particularly for at-risk groups including children, older adults and people of all ages who have lung diseases such as asthma. Ground-level ozone forms when nitrogen oxides (NOx) and volatile organic compounds (VOCs) react in the air. 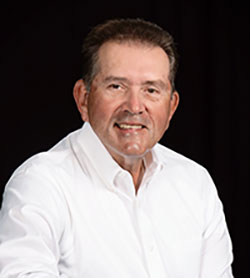 “Put simply, ozone pollution means it hurts to breathe for those most vulnerable – our kids, our elderly and those suffering from heart and lung ailments,” said EPA Administrator Gina McCarthy. “Our job is to set science-backed standards that protect the health of the American people. Today’s action is one of the most important measures we can take for improving public health, reducing the costs of illness and protecting our children’s health.”

Now that the rule is final, states will review and begin work on their implementation plans. If states don’t comply, the EPA has several options available to address this problem, including the withholding of federal transportation funds. McCarthy noted that the EPA has only had to impose sanctions 11 times as related to the six pollutants under the National Ambient Air Quality Standards program (NAAQS) banner.

The EPA has touted that the new standards will provide public health savings estimated at $2.9 billion to $5.9 billion annually in 2025, with estimated annual costs of $1.4 billion. 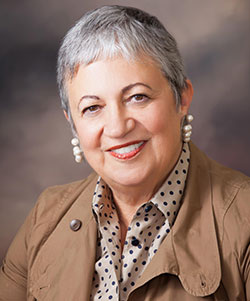 As states develop their plans with the EPA over the next few years, it’s important that repairers engage in this process. Specifically, repairers need to reach out to state air quality administrators to determine timelines and state procedural means for developing plans, i.e. stakeholder meetings or other listening sessions.

Important issues for repairers include:

The Automotive Service Association (ASA), as part of the Service and Repair Leadership Forum (SRLF) at NACE | CARS 2015 in Detroit, provided a presentation by Nick Positano, I/M solutions coordinator. Nick discussed the proposed ozone standard rule and the impact on the automotive industry.
ASA leaders met with Capitol Hill officials during the 2015 Washington, D.C., fly-in to discuss the proposed ozone regulation and the impact on state air quality programs, specifically those related to independent repairers.

Some states have not waited on the final ozone regulation to start reviewing options to meet the new standards. The California Air Resources Board (CARB), in anticipation of the final regulation, released a discussion draft of California’s “strategy for its cars and trucks to meet federal air quality standards.”

“We support using the most up-to-date science and recognize that even as the new ozone standard gets tougher to attain, California will continue to make progress by employing cleaner technology and fuels,” said Mary D. Nichols, CARB chairwoman. “The new standard will mean a reduction in premature mortality, hospitalizations, emergency room visits for asthma and lost work and school days. This is especially critical in the South Coast and San Joaquin Valley, where nearly two-thirds of our state’s residents live, including large numbers of people who work outside and who have asthma and other chronic heart and lung diseases.”

Nichols served at the EPA during the Clinton administration. She worked closely with ASA on the vehicle service information regulation resulting from the 1990 Clean Air Act Amendments.

EPA’s action prompted negative reactions from both the business community and the environmental community, the former seeking no changes from the 2008 standards to the latter pushing for 65 ppb or lower.

ASA will continue to work with its leaders in states to assure repairers have a “seat at the table” as states develop plans as a result of the final regulation. It’s important to note that the EPA did comment on the potential burden states would bear indicating that “…by 2025, EPA projects that existing rules and programs will bring the vast majority of the remaining counties into compliance. Advances in pollution control technology for vehicles and industry along with other emission reduction standards, including “Tier 3” clean vehicle and fuels standards, the Clean Power Plan and the Mercury and Air Toxics Standards, will significantly cut smog-forming emissions, helping states meet today’s updated ozone standards.”

ASA plans to include more related educational programs at ASA events, in particular at NACE | CARS 2016. To learn more about the new ozone standard and other important federal and state policy issues, go to ASA’s legislative website: www.TakingTheHill.com.