Embrace tool & equipment technology — and its costs — for the long run

He witnessed all the advances in technology through the years and embraced them rather than resisted them. You should, too. 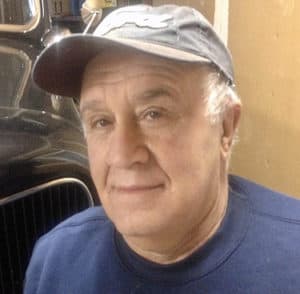 I still go to the city to visit my buddies who remain in business to keep up with how the car repair business is doing. I also still read the trade magazines to stay current on new systems and techniques.

A while back, I was reading about calibrating the collision avoidance systems on today’s cars after a windshield replacement or even a simple mirror replacement. It stated that one would need a dedicated area for the equipment to do this.

That was about two years ago. There’s also a new portable system that you can roll up to the car and perform the calibration service in what looks like an area the size of a stall. This just goes to show you there are always advances and improvements in new tools, equipment, and techniques that are required for new safety systems.

I started to see this in 1980s when vehicles became computerized. The tool manufacturers figured out the tools and equipment we would need, and made them available to us. It was a big sticker shock for some of us.

My first diagnostic purchase was $400 for a big Sun diagnostic center at an auction in 1975. It was applicable until 1980. Then the purchases started out with $100 to $300 for knick-knacks and doo-dads for diagnosing. Those were followed by a Smartscope that cost me $20,000 big ones in 1983. It lasted for five years before it became obsolete.

The concept of it was that it did a series of tests on the vehicle and made the decision whether a part or component was good or bad. It was right on, too. One time I let my buddy put a problem car on it. It didn’t diagnose an issue.

I agreed that it didn’t find a problem part, but I said it tested a lot of other parts under actual operating conditions and passed them. It saved us a lot of time testing these other parts. Time was becoming the most expensive part of our daily operation during this period. The hourly rate was up to $50 an hour.

While the Sun had eliminated the electronic components in the car as an issue, I found the problem the old fashioned way — a propane bottle and a long vacuum hose. It was a broken return spring inside the carburetor on a metering rod.

That spring was inside a $1200 carburetor. I had the spring in stock because I had bought a small parts kit for these carburetors that I had seen in a trade publication.

Just as it was then, it holds true still today — you need to be a forward-thinking person in today’s high-tech world. When Snap-on came out with the Vantage, it contained all the testing information on telectronic components.

It explained how the systems worked, the location of the components, and the color codes of the wires. It also told you the function of each wire and the diagrams, as well as showed the test points and what the good readings should be.

All of this was in the palms of your hands. I used to go the tool truck and would ask the guy, “What’s this for?”

Like I have said in the past, when I started in 1961, all you needed to diagnose a car was a water squirt bottle, a can of carburetor cleaner and a shop towel. I witnessed all the advances in technology through the years and embraced them rather than resisted them. You should, too.

Checklist for building a world-class shop