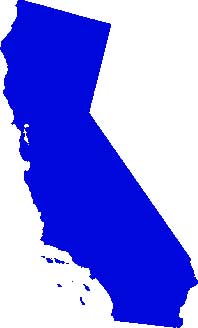 The California State Senate Transportation and Housing Committee held a hearing on Senate Bill 994, the Consumer Vehicle Information Choice and Control Act. In last month’s AutoInc., we discussed the details of the legislation and that the bill was premature. The Senate Transportation Committee moved forward with a public hearing on the bill. After extensive testimony, the committee fell short of enough votes to pass the legislation. The bill was widely supported by AAA. The bill’s sponsor moved to reconsider the bill, which will delay final disposition of the bill, but it is unlikely to move forward.

Donny Seyfer, chairman-elect of the Automotive Service Association board of directors, testified for ASA. Seyfer has extensive experience in training technicians and working with ASE certification programs. 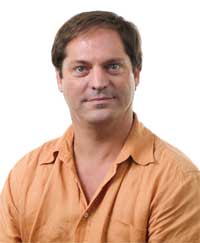 In his testimony, Seyfer highlighted the issues for consumers, independent repairers, dealers, automakers, aftermarket manufacturers, etc. in the vehicle information debate. He noted the work ASA has done with service information and the successes of the National Automotive Service Task Force (NASTF) in resolving high-profile industry issues.

Seyfer outlined some of ASA’s concerns with the legislation moving forward. He said: “Innovation and technology advancements in vehicle design and diagnostics serve the interests of the consumer and the modern repair shop – Senate Bill 994 stifles innovation by forcing a redesign of some vehicle systems to one standard. Senate Bill 994 is not going to help the modern repair shop. Most of the data and information it purports to make available is of limited value to repair professionals.

“I have traveled across the country training vehicle technicians. From my work with ASE, I have access to comprehensive test scores and question results. This, coupled with my training sessions and questions from students, provides me with an opportunity to see what technicians, as a whole, know and don’t know. What’s most important to our industry is for technicians to have the proper education and training to repair today’s vehicles and those vehicles that this legislation references. Our shops have to have well-trained technicians and know what equipment is necessary to repair these vehicles.”

Independent shops repair more than 70 percent of all post-warranty repairs. ASA is a longtime proponent of innovation, training and education. Whether it be service information or other highly complex industry issues with many different stakeholders, it is critical that the industry first determine what specific concerns should be the focus of the debate. In the case of this legislation, there is no question as to complexity, whether it is vehicles communicating with businesses or with other vehicles.

In addition, there are a host of privacy issues that ASA believes need further review. Shops are concerned about liability and protection of consumer data that may come with access. Consumers should be concerned that insurers that own repair shops could abuse the access to data in determining insurance rates. These are issues that should be discussed in a stakeholder environment before coming to policymakers.

ASA believes that legislative action on the vehicle information issues this bill proposes to cure is premature and asked that the committee not pass Senate Bill 994. Automotive repairers are in the early stages of determining what the issues are relative to telematics and other issues addressed by this legislation. Prior to legislation being considered, we need the stakeholders to determine what the issues are and whether they can be addressed by the automotive industry without legislation.

Seyfer’s testimony before the committee included a plea to not move on the legislation:

“I encourage the committee to table this legislation, and allow the automotive industry – all stakeholders, including consumers and repairers – to dialogue about these most complicated new vehicle technologies and report back to you with suggestions for industry agreements and/or legislation. As an industry, we need more time to determine what, if any, legislation is necessary. The groups that are encouraging this legislation don’t know what we will need to repair these most complex vehicles.”

Several industry organizations and the automakers are actively working on policy governing the issues this legislation attempts to cure. The Equipment and Tool Institute (ETI) has scheduled a conference on these issues. ASA has two leaders representing independent automotive repairers on this program. ASA has scheduled a program on vehicle information that includes an extensive discussion on telematics. This program will be sponsored by the Alliance of Automobile Manufacturers at the CARS show in Detroit Aug. 1, 2014. (For more info on CARS, visit www.CARSevent.com.)

The California Senate Com­mittee on Transportation and Housing made the right decision in not passing Senate Bill 994. ASA and other industry organizations will continue to discuss how best to address concerns about vehicle information, telematics and related issues.

To view ASA’s testimony before the Senate Transportation Committee, please go to http://www.TakingTheHill.com.