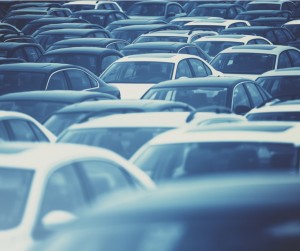 “This could be the vehicle you’re driving, the one next to you on the highway, or the one you are considering buying,” said Jack Gillis, executive director of the Consumer Federation of America and author of The Car Book.

Those figures become more disconcerting with the steadily increasing age of America’s vehicle fleet, now standing at an average of 11.4 years. “Without major intervention by the Federal Government, consumers will increasingly be put at risk,” Gillis said.

A key reason for poor recall completion rates on older vehicles is, unlike new car dealers, who may not sell vehicles with open recalls, used car dealers have no such requirement.

“Even though these recalls can be addressed at no cost to the seller, used car dealers are fighting a simple requirement that would protect the 75 percent of us who can’t afford to buy a new car,” said Gillis.

“Not only will this bill protect used car buyers, but it will put significant pressure on the car companies to meet their obligation to correct the defects in the vehicles they’ve manufactured. The Used Car Safety Recall Repair Act will put enormous pressure on the car makers to fix their potentially defective vehicles.”

The situation is compounded by the still ongoing COVID-19 crisis. With states and communities across the country re-opening, many consumers who previously relied on public transportation are opting to purchase a vehicle. The greatest percentage of vehicles purchased by low-income consumers are used, which means that they will likely be sold a disproportionate share of open recall vehicles.

“The automobile recall program is one of the government’s most important auto safety functions, but to be truly effective, car dealers should not be allowed to sell vehicles with known and correctable defects,” Gillis added.

“Simply put, profiting from the sale of any product with a known defect is unconscionable. Passage of this important auto safety legislation will close a gaping safety loophole in federal law once and for all.”

The Consumer Federation of America is a national organization of more than 250 nonprofit consumer groups that was founded in 1968 to advance the consumer interest through research, advocacy, and education.