Better Together: What rise of repair networks mean for collision repair industry 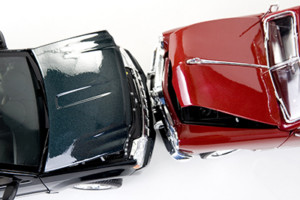 The benefits that come with multiple shop operators (MSOs) and corporate-owned repair shops can prove immensely useful from a business perspective. And smaller shops can’t always compete, or at least they couldn’t until the rise of repair networks within the automotive repair industry. Today, the most successful MSOs have some serious competition from the little guys.

The recent proliferation of repair networks such as CARSTAR, Fix Auto USA and 1Collision Network offers independently owned repair shops some of the same benefits as MSO-owned shops, without having to relinquish ownership. And such organized central teams like these can provide many benefits to a group of independent shops that choose to work together.

For example, Fix Auto USA, founded in 1997, was “created out of a single but compelling concept,” says Paul Gange, Fix Auto’s president and CEO. “It connects a fragmented industry with a unified platform that enables independent collision repair facilities to achieve success by providing transparency, consistency, efficiency and concentrated scale – and the ability to jointly market their services as one brand.”

That statement pretty well sums up the reason for the existence of repair networks, though many MSOs are still going strong. And according to Melissa Miller, vice president of Operations at CARSTAR, the rise of repair networks “demonstrates that there are several different approaches in the industry, but there are a large group of entrepreneurial owners who want to retain their business.”

The automotive repair industry offers several different methods to run a business, each one featuring various benefits to the business owner, employees and consumers. But the biggest difference between traditional franchised MSOs and repair networks is independence.

“The primary difference [between MSOs and repair networks],” says Miller, “is that CARSTAR [repair network] shops are retained by the local independent ownership, who put their blood, sweat and tears into delivering the highest quality work, [excellent] customer service and a commitment to the communities where they do business.”

MSOs, on the other hand, are corporate owned and managed, which offer various other benefits such as a larger marketing budget, a trusted brand name, access to wholesale and business partnerships with suppliers and a centralized training and operational system. 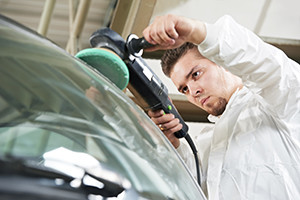 However, other differences exist on a deeper level. Former ASA Chairman Jim Keller, president at 1Collision Network explains, “MSOs … are typically considered corporate-owned, multiple-store location operations. Private equity firms or shareholders drive the direction of the business, many times with a primary objective to position the company to sell to another investor(s) for a profit.”

Shops that join a repair network, according to Keller, “are independent repair locations operating under a common corporate ‘umbrella,’ that offer shops marketing, performance and organizational support, while allowing them to maintain their independent business ownership.”

Ultimately, Miller says, it allows the independent shops to “compete on a more level playing field with the large MSOs.”

What Do They Have In Common?

Previous years have demonstrated the power of MSOs in the automotive repair industry, many of which have been consolidated into fewer corporations than even three years ago. The most successful MSOs such as Service King, ABRA, Gerber and Caliber have acquired smaller MSOs at a staggering rate.

While not a new idea (Fix Auto USA has been around since 1997, and CARSTAR was founded in 1989), repair networks are gaining steam. “Fix Auto USA was born as a network of high-quality, high-performing independent repair facilities seeking to collaborate in an effort to improve performance and customer service,” Gange says. And as communication technology makes it easier for small businesses to connect on a larger scale, repair networks are growing fast.

Miller notes, “CARSTAR … was the first network to reach 500 stores when it opened its 500th location in January 2017.” While Gange reports that, “Twelve collision repair facilities decided to align their business with the organization this year.” Similarly, says Keller, “1Collision experienced 30 percent growth in 2016, adding 13 locations in six months.”

Both MSOs and repair networks offer some common benefits to repair shops. Gange and Keller name the following benefits of their networks:

Keller adds that the major benefit independent shops receive from a repair network, which MSO owned shops don’t offer, is that “operational control of locations by independent owners, who have ‘skin in the game,’ can result in a more family oriented business environment, potentially leading to more dedicated and loyal employees and customers having more of a ‘connected’ feel to the business.”

Of course, MSOs can provide a few benefits that come with corporate ownership that repair networks can’t. These include stronger control of operations due to corporate management over every shop and consistency across the brand. MSOs also offer greater access to working capital.

But as Gange points out, Fix Auto USA offers the industry the best of both worlds. “Operators with skin-in-the-game and a strong corporate platform they can leverage.”

As the number of shops joining repair networks continues to grow, the rationale for doing so seems to be building to promote high standards as an industry, while maintaining independence as a business. Keller’s explanation touches on both those reasons. “1Collision provides the platform for successful collision repair shops to unite in a common initiative to compete on a more level playing field with corporate-owned chains and other franchise businesses,” he says, “while keeping their current business name via a unique branding process.”

As of this writing, both MSOs and Repair Networks exert a strong hold on the industry. What they have in common, however, are the numerous benefits they offer to repair shops, whether independently or corporately owned.

Gange says that shops that belong to repair networks like Fix Auto are better off being connected. “By working together, we secure our position in the market and are afforded opportunities that no shop can enjoy on their own.”