Collision repair professionals and insurance
company representatives face off
over the need for pre- and post-repair scans.

This question has created a fair amount of friction lately in the collision repair industry, which is why this year’s NACE | CARS event in Anaheim, Calif., held a well-attended panel discussion between insurance company representatives, collision industry professionals and representatives of several original equipment manufacturers (OEMs) on the main stage of the Expo floor.

The issue stems from the fact that as cars have grown more complex, their components also have become more complex and, in some cases, less durable. Insurance companies are unsure if the scans are necessary, whether there are parameters on the scan requirements and who should be responsible for additional costs incurred by the post-repair scans.

On the other hand, collision shop owners – responsible for the repairs, the scans and the costs associated with them – and OEMs believe both pre- and post-repair scans are important for ensuring consumer safety and proper repairs.

In recent months, several OEMs have released official statements suggesting that diagnostic scanning is necessary before and after all collision repairs.

As a result, collision repairers are left to determine when scans are really necessary and how to deal with insurance companies that won’t pay even though they agree with OEMs that customer safety is at stake. The panel discussion at NACE | CARS allowed both sides to present their case.

The case for safety 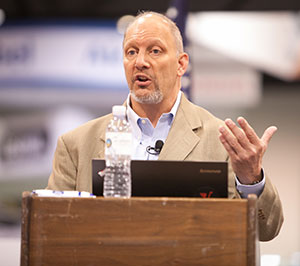 It’s no secret that newer vehicles are built with many more computers than ever before. The new Chrysler Pacifica, for example, has more than 200 computers on board. According to Brian Wayne, representative from Fiat Chrysler Automobiles, many of the systems that rely on these computers are built for safety.

Panelist Chris Tobie from American Honda used the seat-weight sensor as an example of a system that requires recalibration and a scan after any accident. Located in the passenger seat, the sensor weighs the passenger and determines whether it’s safe to deploy the passenger’s front airbag in the event of an accident.

Tobie compared the seat-weight sensor to a common household item, asking the audience, “Would you throw your bathroom scale against a wall and expect it to weigh you accurately afterward?” 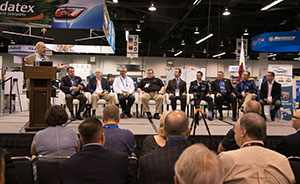 Dashboard warning lights exist to let the driver know that there’s an issue with the vehicle, even if they don’t always identify the specific issue. Anderson then asked the panelists, “Are there any issues that could occur from an accident that would not necessarily trigger a dash light?”

Mark Allen from Audi of America replied, “Yes. It’s a misconception that because (there is no dash warning light), it’s perfect.”

Anderson replied, “How would a shop know there was a problem with a vehicle if there were no dash light? Can they do a visual inspection? What are some ways they can tell (a car’s features) are not working properly?”

Allen responded, “You know what? Those systems are there for safety and collision avoidance. Scan the car.”

The case for keeping cost low

Insurance companies have demonstrated a reluctance to pay for every scan. They’re looking for specifics. Anderson emphasized this point, saying, “The question I’m hearing from the insurance companies (is): Does every single (vehicle) ever made that comes into my shop (need pre- and post-repair scans), or are there some parameters on this as far as years or options?”

Although most OEM manufacturers that have released a statement about the need for pre- and post-repair scans have done so only within the past few months, OEM representatives on the panel agreed that diagnostic scans are necessary on virtually any vehicle that a shop will repair.

“We looked into establishing a … first year and a last year for this,” Tobie said. “We actually started triggering codes without (dash) lights in 1996. Realistically, any car that you’re going to … do a repair on is going to need a scan.”

State Farm representative Chris Evans countered with, “A scan isn’t always necessary … We don’t always want to have to pay for it. What if you replace something where no embedded technology exists? No technology has obviously been affected.”

To which Anderson replied, “We see the shops want to do the right thing … So what can we do to get the shops out of the middle?”

Gerald Poirier of Farmers Insurance Group replied, “Farmers is all about making sure our customer is safe. We want to make sure the car is done correctly – on time, the first time. So, if a (post-repair) scan is required, it’s basically going to be on a case-by-case basis right now. We would love to sit down with the OEMs and get more specific areas that definitely need it.”

Evans added, “We’d love to sit down and find greater specificity and accuracy so that we do the right thing for the customer.”

The case for communication 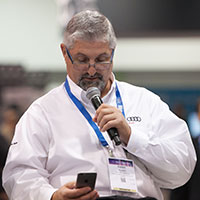 The entire panel agreed on one issue: Communication within the industry is a major cause of the current friction between collision repair shops, insurance companies and OEMs. But what are shops supposed to do when insurance companies won’t pay for a scan? When confronted with this dilemma during the discussion, Eric Mendoza from Toyota Motor Sales said, “Educate them. Show them the repair manual procedures … It’s common sense.”

“Often times, at the local level, the insurers tell me that they won’t pay for a scan that doesn’t result in finding a fault code that’s related to the accident,” said former ASA Chairman and owner of LaMettry’s Auto Body Darrell Amberson, who was a member of the audience. “And they’re stating that it, therefore, is not directly related to the loss. I think as an industry, we need to figure out: Is a cost of the repair necessarily part of the loss?”

As Evans noted, insurance companies are requesting more specificity in the regulations. “I think it would take a lot of the … friction out of the industry,” said Poirier. Ultimately, the panel opened a discussion between several sections of the

collision repair industry about a relatively new issue, which is the first step to a resolution.

“If an insurance company won’t pay for something,” Anderson prompted the panelists, “what should the shop do?” 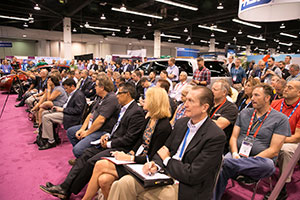 The panelists agreed that shop owners should do the right thing, not only for the customers, but to protect themselves from liability. Several OEM panelists echoed the sentiments of Doug Kelly, CEO of Collision Diagnostic Services, who mentioned the risks to shops that don’t perform a post-repair scan. “Forty percent of the trouble codes we see are introduced during the repair process,” he said, “And the risk of not (performing diagnostic scans) from a reputation standpoint, a customer service standpoint and even potentially a legal standpoint is pretty high. It’s in (the shop’s) best interests to do a pre- and post-repair scan.”

“What would you do if it was your car?” said John Eck, OEM representative from General Motors. “There is a lot of goodwill that gets done in the industry, and there are a lot of ways to get goodwill paid for.”

However, during the Q&A portion of the panel, the topic resurfaced. One shop owner asked, “What’s the body shop to do when an insurance company is denying to pay for something that’s … required to repair the vehicle? Those cars have to be scanned, we know that.”

In fact, there is a huge variation in the industry among insurance companies and their relationships with repair shops, especially when it comes to whether or not they’ll pay. One audience member reported that she’s had little trouble receiving payments from insurance companies.

“As a certified shop, I pretty much have to do it per OE specs, per the certification,” she said. “I’ve been extremely lucky with my local direct repair program (DRP) relationships. I have the documentation, I show them, it pretty much takes the argument out of the case, and we get paid. I think educating, helping to inform your local insurers, is key.”