ASA had a number of affiliates and shop owners around the United States that asked ASA to reinstate the annual Vehicle Safety Inspection Forum. As a result, last month’s Vehicle Safety Inspection and Maintenance Forum took place. There are 17 states with some form of vehicle safety inspection program. Pennsylvania has one of the best inspection programs in the nation. The state inspects almost 11 million vehicles per year through a decentralized network of authorized inspection stations including independent repair facilities.

Working with MEMA, AASA and ASA-PA, ASA put together a forum agenda that addressed many areas of vehicle inspection policy, including:

Hanvey did an outstanding job reporting on a recent survey of service technicians, conducted by AASA, outlining important information about vehicle inspection. This included respondents’ views that “Tires were ranked highest of vehicle components for degree of failure.” Another important response was that “Service technician respondents believe that more than a quarter of cars operate in an unsafe manner.” The survey also noted what Woolverton also emphasized as critical to the future of vehicle safety inspection: 77 percent feel more education is needed about the importance of vehicle safety inspection programs.

ASA is planning a second Vehicle Safety Inspection Forum for 2015. To learn more about vehicle safety inspection or the recent forum, please go to ASA’s legislative website, www.Taking TheHill.com. In addition, the September issue of AutoInc. magazine has an informative article on vehicle safety inspection programs written by Holly Miller, legislative analyst. Access it at www.AutoInc.org. 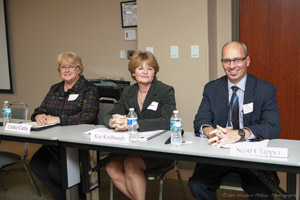 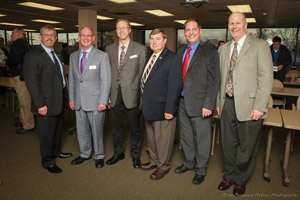