ASA Working on Your Behalf 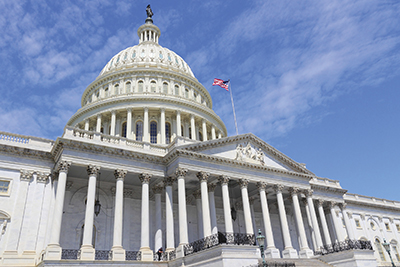 It’s been a busy legislative season in the nation’s capitol and around the country. Here are some news items about legislation moving through state legislatures in North Carolina and New Jersey. Be sure to visit ASA’s legislative website, www.TakingTheHill.com, for more news. And sign up for ASA’s free legislative alerts while you’re there!

Right to Repair legislation has been reintroduced in the New Jersey Assembly. Assembly Bill 230 addresses the availability of service information to independent repair shops. The Automotive Service Association (ASA) calls on all New Jersey repairers to contact their legislators to oppose this legislation.

The Right to Repair legislation puts at risk the progress that has been made through the Automotive Service Association-Automaker Agreement, which already provides independent repairers access to service, tool and training information. The best forum for airing complaints and ensuring future cooperation between the automotive service industry and the automakers is through the already established National Automotive Service Task Force (NASTF), www.nastf.org.

When the New Jersey Committee began consideration of Assembly Bill 230, ASA sent a letter to Consumer Affairs Committee Chair Paul Moriarty expressing opposition to the bill. In the letter, Bob Redding, ASA’s Washington, D.C. representative, stated: “The U.S. Congress has said NO to Right to Repair legislation since 2002. The passage of Assembly Bill 230 would not improve the availability of repair information or consumer repair choice in New Jersey… This legislation ultimately promotes, without a compelling governmental rationale, the following: more government bureaucracy, more regulation and more litigation.”

This bill was reported by the Committee on Consumer Affairs on March 16, 2015. ASA asks that all independent automotive repairers in New Jersey contact their state legislators and urge them to oppose this legislation. To do so, visit ASA’s legislative website, www.TakingTheHill.com and select “Legislation.”

ASA opposes S.B. 200 and asks North Carolina automotive repairers to go to ASA’s legislative website, www.TakingtheHill.com, to send a letter to their legislators in opposition to the bill.

Just days before Randleman introduced S.B. 200, Rep. Dean Hager (R-112) introduced House Bill 169, a bill to limit counties in which motor vehicle emissions inspections are required. If implemented, this bill would go into effect on Jan. 1, 2016, exempting the counties of Burke, Haywood, Rutherford, Surry and Wilkes.