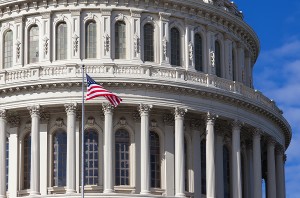 The Automotive Service Association (ASA) applauds U.S. Congressman Earl “Buddy” Carter (R-GA) in his work today establishing a new bipartisan caucus in the U.S. House of Representatives working to address the issue of vehicle data access. Representative Carter is a member of the U.S. House Energy and Commerce Committee which will have jurisdiction for the vehicle data access issue.

Vehicle data access is an issue for independent repairers that rely on accessing vehicle data to repair their customers’ vehicles safely and effectively. The Vehicle Data Access Caucus will be essential in addressing critical data-access concerns. ASA worked with other stakeholder groups in the American Alliance for Vehicle Owners Rights (AAVOR) in meetings with Representative Carter’s office on this issue.

“ASA appreciates the work that Rep. Carter is doing establishing the bipartisan Vehicle Data Access Caucus. The Caucus represents an opportunity to establish national policy on an issue impacting the daily lives of shops across the U.S.,” states Fred Hules II, ASA Board Chairman. “Independent repair shops conduct 70 percent of post-warranty repairs, and It is critical that independent repair shops continue to have access to the vehicle data they need to service these cars.”

“Access to vehicle-generated data – and the ability to delete personal data from rented or sold vehicles – is a key issue for all consumers,” said Sally Greenberg, Executive Director of the National Consumers League in the AAVOR press release on this issue. “Control of vehicle data is a consumer protection issue, not a partisan issue, and NCL will work with this Caucus to guarantee consumer data access rights.”

Last year, the Federal Trade Commission (FTC) released “Nixing the Fix: An FTC Report to Congress on Repair Restrictions”. This report stressed the importance of preserving consumer choice for third-party aftermarket repairs. Since then, the U.S. Congress has held multiple committee hearings to discuss issues surrounding repair restrictions and data access, in the automotive industry and others.

Other stakeholder groups, such as the American Car Rental Association (ACRA) and the American Property and Casualty Insurance Association, also voiced their support of the new Vehicle Data Access Caucus.

ASA looks forward to working with Rep. Carter and other members of the new Vehicle Data Access Caucus on these important issues.