ASA’s well-received Podcast is mentioned prominently in Auto Service World‘s article: “What are you listening to?”

ASA Executive Director Ray Fisher is nicely quoted as to the association’s decision to join the Podcast world.

TO LISTEN TO AN ASA PODCAST

Here’s an excerpt from the Auto Service World article:

Recently, when the Automotive Service Association considered new ways to keep members abreast of the latest news, the idea of starting a podcast seemed like a no-brainer.

Executive director Ray Fisher said the association polled its members about how they’d like to hear about industry initiatives and reports. 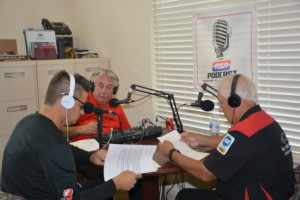 “The podcast format was quickly identified as the way many liked to receive this type of information,” he said.

Not long after, a new podcast was born – one of approximately 150,000 that were started in the last 12 months. The first episode features an interview with Jeff Buckley of My Father’s Shop in Midlothian, Texas, and Frank Leutz, of Desert Car Care in Chandler, Ariz., two ASA member-shops owners who have embraced some of the latest communication technology to engage the industry and consumers.