Working on your behalf to ensure repairer interests are represented

Leaders of the Automotive Service Association’s mechanical and collision divisions recently traveled to Capitol Hill to meet with key members of Congress and their staffs. 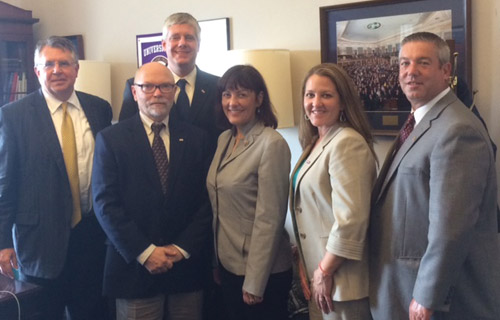 Members of ASA’s Mechanical Division traveled to Washington, D.C., May 29, and members of ASA’s Collision Division met with congressional leaders and their staff members June 18.

ASA’s Collision Division leaders met with legislators to discuss the negative effects of the Most Favored Nation (MFN) clause. ASA noted the problems that MFN clauses can create for shops, consumers and insurers.

Dan Risley, ASA president and executive director, said: “We were encouraged by the interest in Washington, D.C., and look forward to continued conversations with our representatives. Most Favored Nation clauses are harmful to consumers, shops and some insurers. Michigan has recognized the damage these clauses can do in a marketplace and acted accordingly with regard to health insurance. This same reasoning should apply to vehicle repair, and property and casualty insurance. This is the single most important issue we have in the collision repair industry today.”

Leaders of ASA’s Mechanical Division met with David Friedman, administrator of the National Highway Traffic Safety Adminis­tration (NHTSA). They discussed the importance of vehicle safety inspection, as well as advancements in vehicle technology. Friedman acknowledged that independent repairers are a valuable source of on-the-ground expertise and expressed interest in working with ASA’s members. 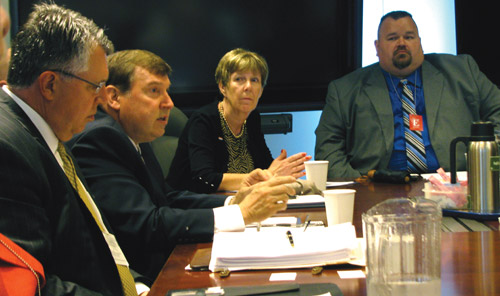 Bob Wills, AAM, director of ASA’s Mechanical Division, said: “We certainly enjoyed meeting the administrator and look forward to working closely with the NHTSA team on related issues in the near future.”

During the May 29 fly-in, Mechanical Division members also discussed the importance of periodic motor vehicle inspections (PMVI). They recounted personal stories from their home states that emphasized the value and necessity of periodic safety inspections.

They also encouraged Congress to work with NHTSA in an effort to encourage PMVI programs.

The issue of telematics was also addressed, requesting that Congress hold off on legislation for new vehicle technologies until the repair industry determines its legislative needs, if any.

ASA leaders enjoyed a largely positive response and are looking forward to continuing to work with Congress to promote automotive safety and other industry issues.