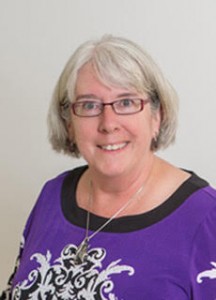 The Automotive Service Association has named Julie Massaro, the current executive director of ASA Colorado, as the new Regional Executive Director of the Mountain region of ASA.

In September, ASA, the oldest and largest association representing the independent automotive repair industry, announced it is transitioning to a new and innovative association model leveraging its expansive history to create a single, unified industry voice.

Under the new model, existing state affiliate agreements will be dissolved, and a 50-state regional structure will take its place. The Mountain Region covers the territory of Colorado, Montana, North and South Dakota, Wyoming, Nebraska, Utah, Kansas and Missouri.

TO HEAR A PODCAST INTERVIEW WITH JULIE, CLICK HERE

Massaro will continue to be based in Colorado and will report to Blair Calvo, the newly promoted vice president of Regional Services.

“Julie’s positivity, vast association experience and knowledge, along with great success running the Colorado Affiliate of ASA, makes her the perfect fit for this larger role,” said Calvo.

Massaro looks forward to this new opportunity to expand her territory and help grow membership.

“I’m very excited about my new role at ASA and being given the opportunity to expand into other areas,” said Massaro. “Coming out of the experiences of the last couple of years, every business is having to rethink their business model and how to build for the future. And ASA is no different. It has come up with the best model to build on its strengths and grow the support for the good of the industry.  It’s an exciting time to be a part of it!”

Massaro holds an MBA in Marketing and a B.A. in Theater and Classical Studies from the University of Denver. She can be reached at mountain@asashop.org.

ASA’s new re-envisioned regional structure will allow ASA to expand its reach and improve member benefits including advocacy, education, events, and training for independent repair shops across the country. Among other changes is a new and improved fee schedule for members. Membership dues will transition to a single monthly subscription at a low rate, effectively solving the disjointed and complicated national and affiliate dues structure of the past.

Enjoying our news site? Subscribe to the all-new, revamped ASA News-Network – an individualized email experience providing curated insights to keep you informed and help you run your business! CLICK HERE TO SUBSCRIBE