Two key people have been added to the staff of the Automotive Service Association (ASA). In April, Dan Risley, president and chief executive officer, announced that Janie Jeffries would take the position of director of membership, and John Clark would become editor/content manager. Jeffries comes to ASA from Colorado Springs, Colo., after serving in high-profile positions in direct sales and corporate management for iconic brands such as the Sara Lee Corp., the Coca-Cola Co., the Coors Brewing Co. and the Kellogg Co.

Clark joins ASA after serving as the editor of in-flight magazines for American Airlines, Southwest Airlines and United Airlines. Most recently, he worked at the Boy Scouts of America as managing editor of Scouting magazine. As editor of AutoInc. magazine, the official publication of ASA, Clark succeeds Leona Dalavai Scott, who was promoted to director of marketing and communications. 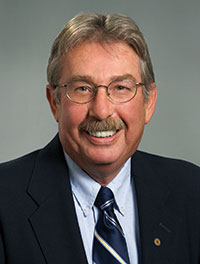 ASA took a long stride toward securing its future in April, creating a position for Tony Molla, a 35-year industry veteran, as the organization’s new vice president.

Technician, communicator, author and leader, Molla brings a wealth of industry experience to his new job. For the past 15 years, Molla has served as vice president of communications for the National Institute for Automotive Service Excellence (ASE) in Leesburg, Va. Prior to that, he edited and wrote technical manuals for the Chilton Book Company and spent nine years as the editorial director of Motor Age magazine and Automotive Body Repair News (ABRN).

Drawing on his experience as an ASE certified automotive technician and service manager, he has authored more than a dozen technical and car-care manuals for both professional technicians and consumers.

Molla’s professional connections include serving as past president of the Automotive Communications Council and as a regular presenter and moderator at many annual industry events. He is also an honorary lifetime member of the Mobile Air Conditioning Society Worldwide (MACS) and an associate member of the Society of Automotive Engineers.

According to Dan Risley, president/executive director of ASA, Molla’s duties will involve participating in industry events and building industry relations, including those with original equipment manufacturers. He will work closely with members of ASA’s Mechanical Division and Collision Division operations committees on their projects and activities, as well as perform many other functions such as overseeing the Secure Data Release Model (SDRM).

SDRM is a data exchange system conceived and designed cooperatively by automakers and the independent repair, insurance and law-enforcement communities. It allows the aftermarket to access security-sensitive information related to automobiles, including key codes, personal identification numbers, immobilizer reset data and similar types of information. ASA manages SDRM to assist the National Automotive Service Task Force with its vehicle security professional registry. The program allows access to security-related information, while protecting the safety and security of consumers and the integrity of security systems.

“ASA is poised for growth and adding a well-respected industry veteran with all-star caliber talent such as Tony will benefit ASA members and the industry,” Risley says. “He embodies our philosophy and approach of working together with the industry, and we are fortunate to have him join our team.”
Molla, who started May 11, will work from Virginia with the long-term expectation of moving to North Texas, where ASA’s national headquarters is based. You can contact him at tonym@asashop.org or at (703) 470-3243. 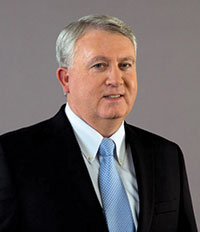 Emphasizes value of training and education.

In a move designed to extend the Automotive Management Institute’s reach within the industry, Jeff Peevy has been named president of AMI and assumed responsibility for all operations as of May 18.

Considered a visionary in the collision repair industry, Peevy had a distinguished career at the Inter-Industry Conference on Auto Collision Repair (I-CAR), an international, not-for-profit training organization designed to provide collision repairers with proper knowledge and training. He is regarded as one of the industry’s leading advocates of knowledge management and organizational culture of learning.

According to Dan Risley, president/executive director of the Automotive Service Association and a member of AMI’s board of trustees, Peevy’s duties as president will include working with industry leaders, instructors, companies, state associations and other training entities to ensure AMI meets the training and education needs of the industry, as well as to develop a strategy that will position AMI as the most widely recognized and accepted leadership and management training entity.

“Peevy’s rich background in organizational development offers just what AMI needs to position it for strong growth in the future,” Risley says. “Jeff has a proven track record of leading organizations and teams through change. His wealth of knowledge and experience during his time at I-CAR and in the industry will serve him well in his new role.”

Founded in 1989 to provide management education for automotive service and collision repair professionals, AMI offers accredited curriculum that consists of more than 700 courses taught by more than 150 faculty members. Courses are related to five areas of business management, from marketing and sales to operations and service, to personnel and human resource development.

ASA and its members played an important role in the initial funding of AMI and have a vested interest in growing AMI in the future, ensuring that it continues to deliver relevant training and courses amid an evolving training and education landscape with new media technologies.
“We expect great things from AMI because Jeff’s passion for education and delivering results are apparent to all who know him,” Risley adds. “AMI and ASA will be working together more closely to ensure we are aligned with the needs of the industry.”

A 34-year industry veteran, Peevy has spent the past 20 years involved with education and research. He serves on the board of directors for the National Auto Body Council, and is a member of both the Collision Industry Foundation board of trustees and Society of Organizational Learning.

“The rapid changes in vehicle technology have automotive service businesses facing new challenges,” Peevy says. “The solutions to these challenges start with knowledgeable leadership, committed to continual growth and learning. AMI is ideally positioned to support these solutions. With the help of ASA and support of the industry, we will work to ensure AMI remains a relevant and leading source of automotive management education.”

Sheri Hamilton, executive director of ASA-Midwest and an AMI trustee, also sees this change for AMI as a great opportunity. “We’re excited about the energy, ideas and industry partnerships Jeff brings to the Automotive Management Institute. Jeff’s industry knowledge and passion for education are the perfect match to lead AMI,” she says.

Peevy will work with AMI staff at its headquarters in North Texas. He can be contacted at jpeevy@amionline.org or at (224) 704-3840. 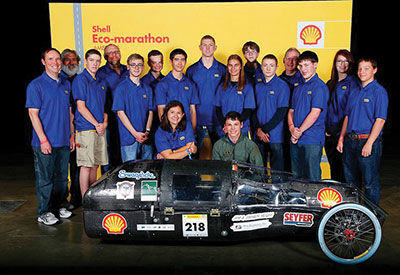 Donny Seyfer, ASA’s new chairman, has a lot of accomplishments that he can take pride in. “But this could be what I’m most proud of this year,” says Donny, as he relates how some Wheat Ridge, Colo., high school students recently journeyed to Detroit to enter the Shell Eco Challenge.

The kids, with Donny’s help, designed and built a hybrid hydrogen fuel-cell car that competed – and won – against other high school students from around the country – and even against some college students who had much bigger budgets to build their cars.

The Colorado kids’ effort was part of their participation in the Science, Technology, English and Math (STEM) Education Coalition.

Donny worked with the students on chassis setup, making the composites of the bodywork and painting the vehicle. “If you really want to have some fun,” he says, “get involved in one of these programs in your area.”

Donny’s oldest child, Lorin, will be “the electrical guy” next year, he says.