A preliminary analysis estimates that domestic nameplate cars averaged a new high of more than 15.2 years at the beginning of 2022 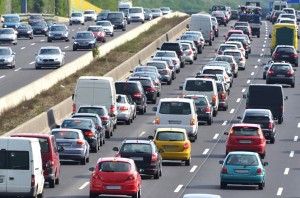 “The ever-advancing age of domestic cars is the result of diminishing new vehicle sales, the increased durability of vehicles, and the soaring value of used cars and light trucks,” stated Jim Lang in the most recent Lang Aftermarket iReport, adding, “The record-high average age of domestic nameplate cars has significant consequences for the aftermarket.”

The following are highlights from the study.

Average age increase to 2022
Over the last five years, domestic nameplate cars had climbed steadily in average age, reaching 14.6 years by 2019 and 14.8 years in 2020. Lang Marketing estimates (on a preliminary basis) that domestic nameplate cars averaged a record-high of more than 15.2 years at the beginning of 2022. Final results will be available in several months.

Dropping new domestic car sales
The domestic car share of new light vehicle sales has greatly diminished over the past 15 years. From 22 percent of sales in 2006, domestic nameplate cars captured less than 6 percent of the 2021 new vehicle light market in the U.S.

Increasing vehicle durability
Vehicles are staying on U.S. roads for an increasing number of years. Cars and light trucks produced over the past 20 years remain in operation an average of four to five more years than vehicles manufactured earlier, reflecting advances in the materials used in vehicle construction and improved manufacturing technology. This increased vehicle durability means that there is headroom for additional domestic car age growth.

Record-high used vehicle prices
The recent surge in used car prices is reinforcing the trend of extended vehicle survival. The increasing value of used vehicles makes it less likely that they will be scrapped due to crashes and other conditions that in years past would have resulted in their final trip to the junkyard.

• First, the increasing age of domestic cars presents the aftermarket with a growing parts proliferation concern. As domestic nameplates cars become older, manufacturers, distributors, and retailers must continue to maintain inventories of replacement parts for this aging segment of the vehicle population.

• Second, the owners of aging domestic nameplate cars are becoming more price-sensitive to the cost of replacement parts and services, affecting the mix of product brands used in their repair and the types of DIFM outlets where this work is performed.

• Third, older domestic cars provide inexpensive transportation for consumers, especially younger buyers, who will generally drive them more annual miles than they would otherwise travel.
This is a positive for the aftermarket since older vehicles require more repair per mile than the average car and light truck.