WSJ: Looking for a good deal on a new car? You’re probably too late

Dealerships are running low on popular models, particularly pickups, and ending the special deals that helped spur sales during the lockdown. 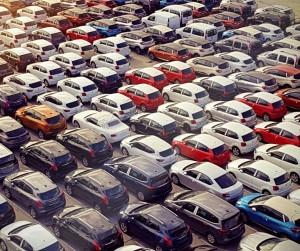 From the Wall Street Journal

As the U.S. auto business restarts, car buyers returning to showrooms are likely to confront a frustrating reality: slimmer pickings and fewer deals on the new-car lot.

Many dealerships are running low on some of their most popular vehicles, after sales of cars in some parts of the country fared better than expected amid Covid-19 lockdowns, say industry executives, analysts and auto retailers, and that is leading to fewer vehicles to sell and less need to discount them.

Car companies are slowly ramping up production at U.S. factories following an industrywide shutdown lasting nearly two months. But restoring full output is expected to take several weeks, and dealers say that won’t be fast enough to replenish stocks before the summer-selling season.