WANTALEASE.COM: Cadillac Escalade increases in price by 39% in September 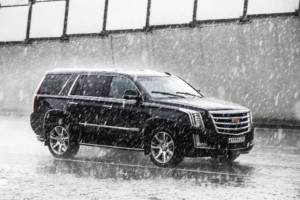 The Cadillac Escalade increased in price by $326.94 this month, bringing its monthly payment to $799 per month. This could be related to falling sales as indicated in the GM Q2 report, which showed a 2% decrease in sales of the Escalade.

This prompted GM to offer an $8,000 rebate on the Escalade for the months of July and August, encouraging shoppers to purchase rather than lease.

The only vehicle priced higher than the Escalade is the BMW X5, which is priced at $949 per month, and increased by 5.79% from August to September.

The Nissan Sentra is currently priced the lowest of all vehicles, coming in at just $129 per month. The Sentra has held steady at the same price for the past three months. The vehicle with the largest discount in September was the Chevrolet Malibu, with a decrease of -3.67%, bringing monthly payments to $386.19.

“We anticipate that manufacturers who seem to be holding steady on new lease prices will begin considering payment changes and incentives in the upcoming months,” said Scot Hall, Executive Vice President of Wantalease.com. “Manufacturers know the biggest shopping holidays for the year are quickly approaching, as are end-of-year rollouts for 2020 release models.”

Wantalease.com is a sister marketplace to Swapalease.com, the nation’s largest online marketplace for leases.