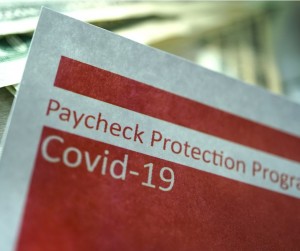 This hearing was intended to evaluate the progress of SBA COVID-19 Relief Programs, including the Paycheck Protection Program (PPP), the Economic Injury Disaster Loan (EIDL) Program, as well as the Shuttered Venue Program and the impending restaurant relief program.

During the hearing, Senators from the committee discussed the potential extension of the Paycheck Protection Program.

Earlier this month, the U.S. House of Representatives passed the Paycheck Protection Program Extension Act of 2021, which would extend the deadline for PPP loan applications from its current expiration date of March 31 to May 31.

A vote in the U.S. Senate on this extension is expected this week.

Officials from the SBA stressed the importance of extending the Paycheck Protection Program to the Senators on the committee.

During the hearing, Patrick Kelley, the Associate Administrator of the Office of Capital Access at the U.S. Small Business Administration stated:

“The latest trend line [for use of PPP funds] has about $79 billion of program level left, which puts us on pace for the current trend lines, somewhere around mid to late April in terms of funds being potentially used up. So obviously that funding will not be used up by March 31st, but with an extension we believe that will allow…”

In response, Senator Ben Cardin (D-MD) expressed optimism that the U.S. Senate would vote to extend the program, but also stated that “eligible businesses should file as quickly as possible.”

The Senators and witnesses also stressed the importance of small businesses regularly checking for SBA updates, as eligibility is being expanded after the passage of the American Rescue Act.