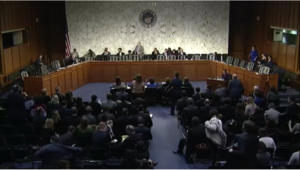 Witnesses at U.S. Senate committee hearing called to examine legislative proposals to “protect consumer data privacy” generally agreed federal legislation is necessary to provide a uniform and consistent framework for not only consumers but businesses as well.

In his opening statement at the U.S. Senate Committee on Commerce, Science & Transportation’s hearing, Chairman Roger Wicker (R-Mississippi) stated that the committee has been working over the past year to “develop a strong, national privacy law that would provide baseline data protections for all Americans.”

(To watch the hearing in its entirety, CLICK HERE.) 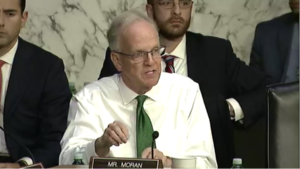 Wicker also addressed that throughout the hearing members have received “input of a large number of stakeholders…about how best to protect data from misuse and unwanted collecting and processing.”

In Ranking Member Maria Cantwell’s (D-Washington) opening statement, she spoke about the bill that she and fellow democratic committee members introduced, the Consumer Online Privacy Rights Act of 2019 (COPRA). 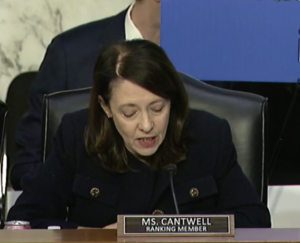 Cantwell addressed the provisions that are included in COPRA but also the importance of enforcing such legislation.

In their testimonies, witnesses emphasized a federal framework of privacy legislation as technology continues advancing and data collection proliferates.

Each witness similarly listed suggestions of what should be included in a federal privacy framework. Considerations made to the committee included that privacy legislation should contain use restrictions, providing consumers transparency by giving clear and simple choices, and selecting a regulator, like the Federal Trade Commission (FTC), to issue rules and enforce the law.

Former FTC Commissioner Julie Brill, in her opening statement, mentioned countries that are developing or have passed privacy legislation acknowledging that “each of these legal regimes include some common principles for data protection. And, together, they are defining global baselines for privacy protection.”