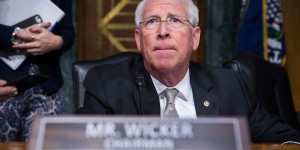 From the Automotive Service Association

WASHINGTON, D.C. – The U.S. Senate Committee on Commerce, Science and Transportation convened today in a hearing to discuss the renewed need for federal data privacy legislation.

The discussion focused heavily on California’s Consumer Privacy Act (CCPA) of 2018, which has been widely viewed as the most progressive data privacy legislation in the United States.

However, due to the largely interstate nature of data use, the CCPA has been difficult to enforce and signals the urgent need for cohesive federal data privacy legislation.

The hearing was led by U.S. Senator Roger Wicker (R-MS), who recently introduced the SAFE DATA Act in coalition with other Senate republicans. Witnesses included four former chairmen of the Federal Trade Commission as well as the Attorney General for California, Xavier Becerra.

It is unlikely privacy legislation will move forward in the 116th Congress.