U.S. Senate has not scheduled consideration. 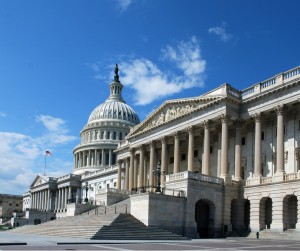 From the Automotive Service Association

WASHINGTON, D.C. – The U.S. House of Representatives voted, prior to leaving Washington for the Thanksgiving Break, to pass H.R. 8294, The National Apprenticeship Act of 2020.

The vote was (246-140) along party lines, with House Democrats voting in favor and House Republicans voting against. Twenty Republican members crossed the aisle to vote in favor of the legislation.

Apprenticeship programs have long been a central tenet to the American workforce, and opportunities for students to participate in post-secondary education that is not a traditional 4-year university is of great value. According to the Department of Labor, 94 percent of apprentices who complete a Registered Apprenticeship program are employed upon completion.

The National Apprenticeship Act, H.R. 8294, will now move to the United States Senate for debate and vote. This bill is unlikely to have bipartisan support for passage. Republicans are concerned about the exclusion of Industry-Recognized Apprenticeship Programs (IRAPs) for funding. IRAPs were created by the Trump Administration to provide more flexibility in an apprenticeship program.

However, IRAPs have not been well-defined, and Democrats argue that including them in the National Apprenticeship Act could sacrifice some important quality assurance measures for apprenticeship programs.