There are plenty of reasons for you to attend the Mobile Air Conditioning Society’s (MACS) 2016 Training Event and Trade Show. It’ll be in February at The Caribe Royale All Suite Hotel and Convention Center in Orlando, Fla.

Molla is scheduled to speak at a luncheon Feb. 11. “We’ll take a look at where we were and a look ahead at some of our possible futures as we meet a few of those leaders of tomorrow and explore the many ways automotive service will never be the same,” says Molla.

Canadian John Cochrane has joined the Automotive Service Association’s board of directors as general director. 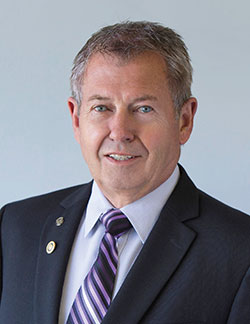 Cochrane, the owner and president of Cochrane Automotive in Etobicoke, Ontario, Canada, operates two independent divisions – a parts operation and an 11-bay automotive service facility that specializes in high-tech electronics and computer diagnostics. They’re housed in separate buildings on the same street in Etobicoke.

The new ASA board member also owns and operates Cochrane Training Services, which opened in the early 1980s to retrain and update licensed automotive technicians in the latest equipment to ensure they’re ready for the new, technologically advanced vehicles.

More than 40 years of experience have given Cochrane first-hand knowledge of the challenges automotive service repair facilities face today. He succeeds Bill Moss, AAM, as general director. Moss now serves as secretary-treasurer of the board.

The Automotive Service Association (ASA) has added two new people to its membership staff. In August, Dan Risley, ASA’s president and executive director, announced the addition of Liz Cook and Nicole Jewell to the department, which is led by Janie Jeffries, director of membership.

Cook, the new membership administrator, comes to ASA and Texas from Oklahoma, where she worked in the diesel parts industry and as an oilfield office administrator. She graduated from Woodward High School in Woodward, Okla., in 2006 and attended Northwestern Oklahoma State University.

She’s also a certified cosmetologist, who professes her love for “all things musical” and plays both ukulele and guitar.

Joining ASA as a membership and account specialist, Jewell works with existing members on membership dues and programs such as the Chrysler Tech Authority.

Jewell has previously held administrative positions in operations, membership and finance at global companies such as American Airlines, AECOM and Heritage Auctions.

Jewell attended high school in Grapevine, Texas, followed by college at the University of Texas at Arlington. She currently resides in Keller, Texas, with her husband and son.

When Jewell is not working, she volunteers on several boards throughout the community and helps raise funds for organizations such as the American Cancer Society, Susan G. Komen and the Pancreatic Cancer Action Network.

Service for Service: Marine on the Road Again 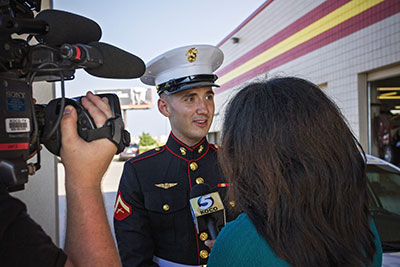 Service King Collision Repair Centers, an ASA corporate member, and teammates from its north Oklahoma City location recently helped get a hero back on the road.

The staff, with the help of local parts vendors, repaired U.S. Marine Lance Cpl. David Miller’s 2005 Chevy Cobalt following an accident in June that left more than $4,000 in damage to his vehicle.

Service King’s people worked with local vendors who donated parts while management discounted labor rates in an effort to repair the Cobalt at minimal cost. Technicians voluntarily donated their time to complete the repair and a customer, who overheard what the facility was doing, launched a fundraiser to cover the remaining cost of about $500.

The 20-year-old serviceman called his benefactors “heroes.” The emotional Marine said, “They’ve given up their time and money and did all this just so some guy they barely even know can get his car going again.”

Corporal Miller got his car back July 23. He was traveling from his home in Missouri to report for duty at Marine Corps Air Station Miramar just outside San Diego when he struck a deer, resulting in significant damage to his vehicle.

ASA Is ‘Calling All Leaders’

If you enjoy helping others and want to give back to the industry, consider a leadership opportunity with ASA, the leading not-for-profit trade association of its kind dedicated to and governed by independent automotive service and repair professionals. The ASA board will have two openings in 2016: Mechanical Division Director and one General Director slot. If interested, simply request a “Consideration Form” by calling Trisha Baker at the ASA National Office at (817) 514-2925; or email trishab@asashop.org. All consideration forms are due Oct. 12. If you have questions or want more info, contact ASA or speak with a current board member.

More than 25 years have passed since Identifix, an industry leader in vehicle diagnosis and repair, launched its award-winning, online tool: Direct Hit.

Now, it’s launching a contest to celebrate Direct Hit’s having reached 50,000 subscribers. Called the 5K Giveaway, the contest offers $10,000 prizes to five of its users who submit a Hotline Archive Confirmed Fix in Direct-Hit. The winners will be chosen from among all eligible entries. Deadline for entering the contest is Oct. 4.

In other Identifix news, Solera Holdings Inc. announced in July that it was acquiring 100 percent ownership of the company. Solera previously purchased 50 percent of Identifix in 2013.

Power to the People from Ford Motorcraft

Big deals can be yours from Ford Motorcraft’s 2015 Independent Repair and Body Shop Rebate Program.

From now through Dec. 1, you can save a total of up to $1,698 when purchasing designated Motorcraft parts and equipment. Save $25 when buying Motorcraft diesel fuel injectors, $20 on diesel fuel injector control modules and EGR coolers, $150 on the 6.0L or 7.3L diesel engine assembly and transmission assembly, and $200 on a new or used gas engine assembly. In addition, you’ll get $8 off on a set of eight diesel glow plugs.

Better still, Ford is offering unlimited redemption on select products and a 12-month redemption on others. Warranties, which feature unlimited mileage, range from 24 months on the diesel engine assembly to 36 months on the gas engine and transmission assemblies. See your dealer for limited warranty details.

For rebate rules or to submit your redemption form, go to http://ford.partsrebates.com by Jan. 31, 2016, or for answers to any questions you might have, contact the rebate program headquarters at (877) 869-5909.