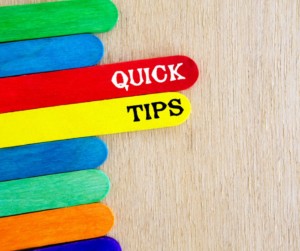 The following pertains to GM vehicles 1993 to present on ¾, 1 ton, C, K and G and on 2003 to 2007 Hummer H1 and H2. Hydro-boost brake system entered the market in the early 1970s for several good reasons. Diesel trucks using vacuum pumps to operate a vacuum booster worked OK for their time, but hydro-boost brought those systems out of the Stone Age. Not only was it more effective, it took up less space. It also met new federal regulations for decreased stopping distance while using less pedal effort. Gas engine trucks and vans soon took advantage of these improvements.

Hydro-boost systems use hydraulic pressure from the power steering pump to amplify brake pedal effort. Pressurized fluid also flows through the hydro-boost to the steering gear to provide power steering. When the brakes and steering are at rest, pressure runs about 150 to 200 psi. Expect to see about 450 to 600 psi during normal brake application or when the wheels are turned.

As more demand on the system takes place, the power steering pump can increase working pressure to 1200 psi or more. During hard brake application, the hydro-boost unit can create pressure in the master cylinder of more than 2,000 psi. This converts into some serious stopping power for heavy vehicles.

Pressure gauges work best to make an accurate diagnosis of a problem. In reality, if you own a set, you’re in the minority. Many shops don’t have this type of gauge and are unable to borrow or rent one. However, there are “work-arounds” that can be used to diagnose a problem – for instance, the whine from a power steering pump and the extra load on an engine when the wheels are locked to the side. This is the result of the output pressure of the pump spiking to its maximum. Often the high-pressure line may quiver at the same time.

If the pump never whines, or the engine never reacts to the load of the pump, suspect a bad pump or slipping belt. While not a perfect test, it is an indicator of a problem. If the power brakes work, but the power steering does not, disconnect the hydro-boost input and output lines and join them together. If the steering now works correctly, replace the hydro-boost unit. Always flush the system to remove any contaminants as replacement parts can be easily affected by dirty fluid. If you have any questions, just give us a call.