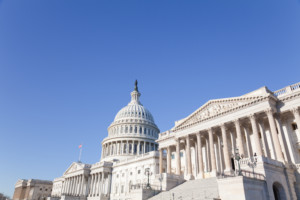 “The Treasury Department and SBA launched the unprecedented Paycheck Protection Program in just one week. Following its launch, the SBA processed more than 14 years’ worth of loans in less than 14 days, which will protect a vast number of American jobs.

“The PPP enjoyed broad-based participation across the country from lenders of all sizes and a wide array of industries and businesses. From its start on April 3, PPP provided payroll assistance to more than 1.6 million small businesses in all 50 states and territories. Nearly 5,000 lenders participated in this critical program, including significant lending by community banks and credit unions. Nearly 20% of the amount approved was processed by lenders with less than $1 billion in assets, and approximately 60% of the loans were approved by banks with $10 billion of assets or less. No lender accounted for more than 5% of the total dollar amount of the program.

“The vast majority of these loans—74% of them—were for under $150,000, demonstrating the accessibility of this program to even the smallest of small businesses.

“The PPP provided funds to a wide variety of industries in all sectors of the economy, including construction, manufacturing, food and hospitality services, health care, agriculture, and retail, among many others. This demonstrates the broad diversity of PPP and its support for American workers across the board.

“The Paycheck Protection program is saving millions of American jobs and helping small businesses get through this challenging time. We urge Congress to protect millions more American workers and their families by appropriating additional funding to support PPP.”