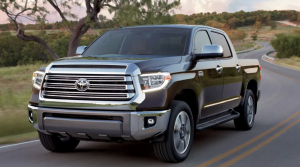 According to the report, the turn signal bulbs were connected to the wrong wires, meaning they do not fully illuminate.

The recall affects Toyota Tundra pickup trucks manufactured between Feb. 22, 2017, through May 29, 2020, with LED headlights. Some of these trucks are still on dealer lots and will be repaired before they are sold, but the majority are in the hands of owners.

The defect violates Federal Motor Vehicle Safety Standard number 108, which regulates all automotive lighting and signaling, according to the Code of Federal Regulations. The problem was noticed by a Toyota employee, which prompted an investigation.