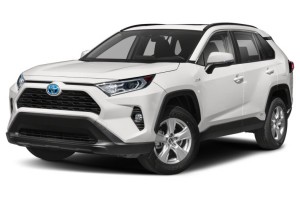 Toyota advertises and represents that the RAV4’s fuel tank capacity is 14.5 gallons, and based on its 40 mpg rating, the RAV4’s range should be 580 miles. However, according to news reports, customer complaints, and numerous reports filed by drivers with the National Highway Traffic and Safety Administration, the RAV4’s fuel tank does not fill to the advertised capacity.

Drivers report that the advertised 14.5 gallon tank will only accept 9-11 gallons. As a result, the RAV4’s actual mileage range is approximately 380 to 440 miles, well below the estimated 580 range.

In a statement to Automotive News, Toyota acknowledged the issue and confirmed that it is “investigating a fuel tank shape issue on certain RAV4 Hybrid vehicles.

In these cases, variations in fuel tank shape may prevent a full refill by up to several gallons. This condition may impact the vehicle’s total available driving distance. As a best practice, customers should refuel before or when the low fuel light illuminates, to prevent running out of fuel.”

The problem may stem from the redesign of the RAV4 fuel tank from a longitudinal 14.8-gallon tank roughly shaped like a Native American papoose to a latitudinal, saddle-shaped design with a 14.5-gallon capacity, according to parts diagrams.

The lawsuit filed on January 15, 2020 in the U.S. District Court for the Northern District of California seeks monetary damages for purchasers and injunctive relief to prevent Toyota from selling the defective RAV4s.

If you purchased a 2019/2020 Toyota RAV4 Hybrid and would like to learn more about your legal rights—or would like to participate in the class action lawsuit—please contact Kathryn McCauley via email at kmccauley@sjk.law or by telephone at (415) 788-4220, or fill out the form on our website at www.classactionlawyers.com/toyota.

Schubert Jonckheer & Kolbe has extensive experience in claims on behalf of consumers against corporate defendants across the nation. Attorney advertising. Prior results do not guarantee similar outcomes.