Report: ‘Electric Car Boom’ is about to get even hotter 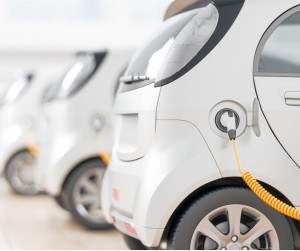 LONDON, Dec. 10, 2020 /PRNewswire/ — 2020 has been an absurd year in many ways, but some sectors are thriving in a chaotic market as billionaire investors, institutions, and especially the Robin Hood crowd are rushing to park their money in the industries of the future.

One of the biggest beneficiaries of this massive capital shift has been electric vehicle companies. EV makers such as Tesla, NIO, and newcomer Li Automobile (LI) have seen their share prices explode by 409%, 1158%, and 84% respectively since January.

And if these triple-digit returns weren’t spectacular enough, many analysts expect even more upside for electric vehicle makers as the industry readies a Herculean effort to deliver many millions of brand-new electric cars and hundreds of thousands of charging stations within the next couple of years.

But amid all the hype about car makers, most analysts and investors fail to see the bigger picture. Unhappy to fork out $50,000+ for a new car, but keen to get all the benefits, a huge number of young car buyers are looking for low-cost, eco-friendly solutions, and a few companies have now started to make electric vehicles accessible and affordable for just about everyone.

NIO (NIO), Tesla’s largest competitor in China, has recently started to offer a batteries-as-a-service concept, in which car buyers can ‘lease’ the battery of their vehicle and save as much as $10,000 on the price of a new vehicle, while also offering buyers the option to swap batteries after a few years of use.

Across the ocean, Canadian tech unicorn Facedrive (FD.V; FDVRF) is working on an EV breakthrough by offering a subscription-based model with optimal flexibility. Through its wholly-owned subsidiary Steer, the company is offering 3 different subscription levels and the choice between 17 different vehicles, which can be swapped effortlessly.

And it isn’t just Facedrive that loves this idea, Steer is backed by energy giant Exelon, which decided to invest $125 million in electric vehicle programs through its venture-investing arm Constellation Technology Ventures, $2 million of it into Steer.

EV subscription services are expected to see some explosive growth, and this niche market alone is expected by some to grow into a $10 billion market by 2024. Services like NIO’s BaaS and Facedrive’s Steer are what could really bring electric vehicles to ordinary people.

Car buyers are concerned about high upfront costs and rapid technological improvements in battery technology which could lead to an abysmal resale value for second-hand electric vehicles. Therefore, 3-year lease contracts and subscription services are the ideal alternatives for many millennials and generation X-aged buyers who would like to have a hassle-free EV driving experience but don’t want to be holding fast-depreciating assets.

Innovations like NIO’s battery-as-a-service and Facedrive’s subscription model are just the first shots in the EV revolution. A group of 28 electric car manufacturers, infrastructure providers, and service companies including Tesla, Uber, Siemens, ABB, and Rivian has just created lobby group ZETA (Zero Emission Transportation Association) which wants every vehicle sold in the United States to be electric within the next 10 years. The group’s wishlist seems to be largely in line with President-elect Joe Biden’s new tax incentive plan.

“We can own the electric vehicle market — building 550,000 charging stations — and creating over a million good jobs here at home — with the federal government investing more in clean energy research,” Biden said Monday.

The EV revolution has only just begun and is expected to grow exponentially as more and more industrialized nations are banning the sale of gasoline-powered vehicles in the late 2020s or early 2030s. ZETA, much like NIO and Facedrive (FD.V; FDVRF) are looking to make electric vehicles accessible for not just the happy few, but for the many.

Xpeng Inc. (XPEV) is a relative newcomer in the electric vehicle scene, but it has seen tremendous success in its short time on the market. The Chinese electric vehicle giant is riding on the coattails of Tesla and Nio, but has carved out its own demand, especially among Robinhood traders looking for the next big score. Since its NYSE debut in August, the ambitious electric vehicle company has risen by more than 44% thanks to its promising financials and growing demand for its stylish vehicles.

In addition to retail interest, Xpeng has also received a ton of interest from Big Money. Earlier this year the company raised over $500 million from the likes of Aspex, Coatue, Hillhouse Capital and Sequoia Capital China, and even more recently, secured another $400 million from heavy hitters such as Alibaba, Qatar Investment Authority and Abu Dhabi’s sovereign wealth fund Mubadala.

Li Auto (LI) was founded in 2015 by its namesake, Chairman and CEO Li Xiang. And while it may not be a veteran in the market like Tesla or even NIO, it’s quickly making waves on Wall Street. Backed by Chinese giants Meituan and Bytedance, Li has taken a different approach to the electric vehicle market. Instead of opting for pure-electric cars, it is giving consumers a choice with its stylish crossover hybrid SUV. This popular vehicle can be powered with gasoline or electricity, taking the edge off drivers who may not have a charging station or a gas station nearby.

Though it just hit the NASDAQ in July, the company has already seen its stock price more than double. Especially in the past month during the massive EV runup that netted investors triple digit returns. It’s already worth more than $30 billion but it’s just getting started. And as the EV boom accelerates into high-gear, the sky is the limit for Li and its competitors.

Automakers aren’t the only companies winning big on the electric vehicle boom, either Blink (BLNK), for example, an electric vehicle charging company, has risen by over 1400% since the beginning of the year, and the sky is the limit for this up-and-comer. A wave of new deals, including a collaboration with EnerSys and another with Envoy Technologies to deploy electric vehicles and charging stations adds further support.

Michael D. Farkas, Founder, CEO and Executive Chairman of Blink noted, “This is an exciting collaboration with EnerSys because it combines the industry-leading technologies of our two companies to provide user-friendly, high powered, next-generation charging alternatives. We are continuously innovating our product offerings to provide more efficient and convenient charging options to the growing community of EV drivers.”

Plug Power’s deal with Apex Clean Energy to develop a green hydrogen network using wind power offers a chance to tap into “very low cost” renewable power and helps accelerate the shift to clean energy. Plug has a goal for over 50% of its hydrogen supplies to be generated from renewable resources by 2024.

Workhorse Group (WKHS) is somewhat of an outlier in the electric vehicle explosion. Because of its delivery-vehicle focus, it’s not necessarily a consumer-focused brand, but more of a business provider. And that’s not a bad thing. Especially considering the future of this budding industry.

Though one of its recent but headline-grabbing deals with the United States Postal Service has been delayed, it’s still pulling a lot of high-value retail deals. And shareholders see that value, and more importantly its potential for long-term growth. Since January of this year, Workhorse has seen its stock price skyrocket from just $3.29 to today’s price of $21.11, representing a 541% increase. The USPS delay on its orders aside, that’s still a pretty hefty return and sure to keep shareholders at bay for the time being. And analysts seem to agree.

Oppenheimer analyst Colin Rusch notes, “”As the only US-based full EV supplier remaining in the bid, we believe the company remains well positioned to win a sizable portion of the contract. At the same time, we believe activity among buyers of last-mile delivery vehicles is accelerating and that WKHS could see additional customer wins before year-end.”