Understanding technology & how to analyze it is critical for the future of repairs. 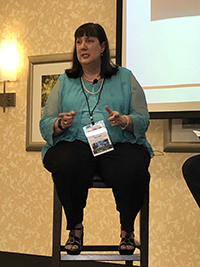 Debra Bezzina, managing director at the Center for Connected and Automated Transportation, University of Michigan Transportation Research Institute, presented during the “What’s Now, What’s New and What’s Next” at the Technology & Telematics Forum, presented by the Automotive Service Association (ASA) and the Alliance of Automobile Manufacturers in Troy, Mich. on Sept. 12.

During a discussion with Bob Redding, ASA Washington, D.C. representative, Bezzina discussed the industry impact on stalled federal legislation regarding autonomous vehicles, what repairers need to know to handle advanced technologies and those to come and future technology in the works.

While industry guidelines have spurred a lot of activity regarding autonomous vehicles, the lack of federal legislation is being felt.

In 2016, rather than push regulation, the Obama Administration opted for policy guidelines and published the “Federal Automated Vehicles Policy, Accelerating the Next Revolution in Roadway Safety.” These “best practices” and model state policy guidelines provided no regulatory teeth to AV implementation. The current administration has issued two additional broad policies, “Automated Driving Systems: A Vision for Safety 2.0” and “Preparing for the Future of Transportation: Automated Vehicle 3.0.” 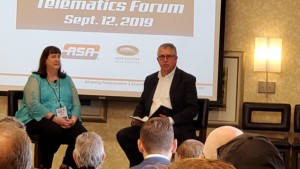 AV legislation, the Self-Drive ACT — or AV START Act — passed the U.S. House of Representatives earlier this year, but stalled after Senate Commerce Committee passage. This leaves the U.S. Department of Transportation or state governments to move forward with AV research and implementation policies on their own.

Bezzina said the guidelines have helped the industry, but are not enough. “The  guidelines published spurred a lot of activities. People are focusing on it and you can see it in the industry in terms of who is buying who and getting involved in what. There is so much that is spurns, so it is great for research. But it is hard for deployment — production, commercialized product. There are some gaps. And that can only be resolved with an industry-wide mandate,” she said.

Legislators didn’t want to dictate in terms of forcing the industry to use certain technology; they wanted the industry to determine that. But this creates a problem, Bezzina said.

“Connected vehicles only work when everyone uses the same standards. A patchwork (state by state) solution is really bad for an OEM,” she said. But on the other hand, Bezzina said, “I don’t think dictating everything down to a T is in the best interest of every state.”

The future of repairs 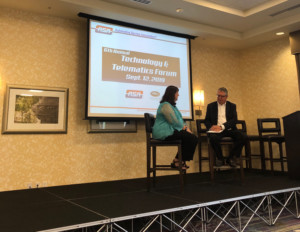 The leap to autonomous vehicles will not be so sudden, but rather fairly gradual, Bezzina said.

Data access will also remain a challenge. Currently shops get data from many different sources — the vehicle, online, from OEMs, etc. “These channels are not going to change; there is just going to be more of it. The challenge is being able to analyze it for a proper repair,” Bezzina said. 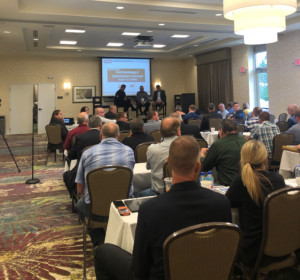 Bezzina mentioned two technologies that she is seeing being tested in her day-to-day roles that have her excited. The first is remote control. She used the example that if all cars are connected to each other, a traffic signal at an intersection could in theory control all the vehicles approaching it to prevent accidents, rather than relying on the vehicle’s system.  “This is currently being tested at (the University of Michigan’s) MCity, and it is very impactful,” Bezzina said.

Augmented reality is also being utilized to better prepare vehicles for situations on the road. “We don’t often talk about how to get automated vehicles ready for reality. But we have to do due diligence for verification, and no one agrees on how best to do that. But we all agree there needs to be more testing,” said Bezzina, who supports a combination of testing — simulations, road testing, engineer analysis, among others — to prepare vehicles. Bezzina explains that MCity uses an “augmented reality” with one vehicle on a closed track that has to interact with other virtual vehicles to test reactions and results. She also pointed out that this testing can help save millions of dollars when creating test vehicles.