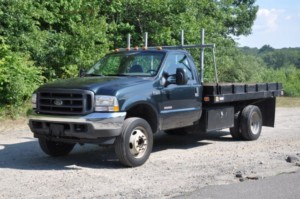 Problem: The vehicle came in with the malfunction indicator light (MIL) on and the customer complained that the engine lacked power.

Details: First, the tech test-drove the vehicle and confirmed that the engine noticeably lacked power. Next, he connected the scan tool and pulled the diagnostic trouble codes (DTCs) listed below. The DTCs were in line with the lack of power issue. There was a misfire on bank 1. Further testing revealed a lack of fuel pressure on bank 1 as well.

The tech decided to replace the horizontal fuel conditioning module (HFCM) due to excessive sediment. This truck’s low-pressure fuel system uses a HFCM to pump fuel from the tank, though a filter then to the high-pressure fuel pump. The normal operating pressure is between 3-8 psi.

After the repair the engine started running much better, but there was still an intermittent misfire on bank 1. The Tech-Assist consultant advised the tech that low fuel pressure can cause the fuel injectors to fail.

Confirmed Repair: With the low fuel pressure issue in mind, he decided to replace all the fuel Injectors on bank 1 (1, 3, 5, 7). After the replacing the injectors, he cleared all the codes and test-drove the truck. The engine no longer lacked power, the MIL stayed off and the DTCs did not return.