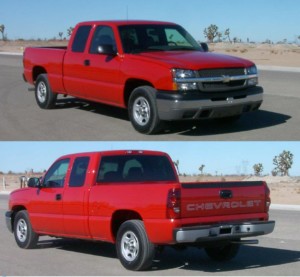 Problem: The truck came in because the malfunction indicator lamp was (MIL) ON.

The technician decided to replace both Knock Sensors. He also did a tune-up and checked the crankshaft position sensor (it was okay). After a test drive, the DTCs returned.

Tech-Assist suggested to first measure the knock sensors resistance (Spec: 93K – 107K) either at the 2-wire connector at the top left rear of the intake manifold or at PIN’s 51 and 11 of the PCM Blue connector (See diagram).

Known Issue: The Tech-Assist consultant also mentioned that if DTCs P0327 and P0332 are set at the same time, inspect for poor connections at the two-wire knock sensor harness, located at the left rear side of the intake manifold near the top, just under the cover.

TIP:Always check resistance of the knock sensors including the harness before reinstalling the intake manifold.

Confirmed Repair: When the technician tested the resistance, he found that the circuit was 70 ohms over specifications. The harness wires tested good, so he replaced knock sensors again; this time with factory parts. He cleared the DTCs and went for a test drive. The problem is fixed. 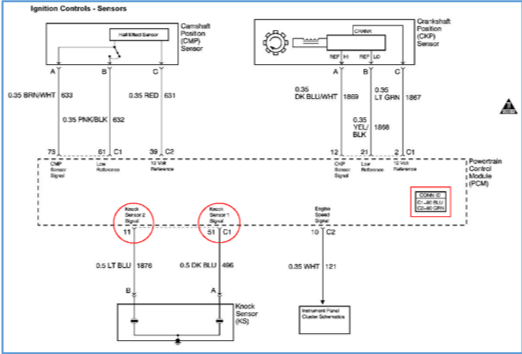