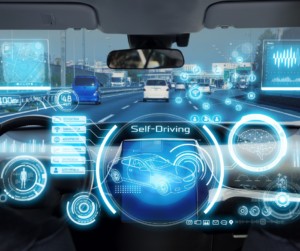 The guidelines were announced at the Consumer Electronics Show (CES) in Las Vegas this week.

AV 4.0 is the third set of autonomous vehicle guidance the DOT has released. AV 4.0 has three core areas of focus: prioritizing safety and security, promote innovation, and ensure a consistent regulatory approach.

The guidelines build upon the previously released “Preparing for the Future of Transportation: Automated Vehicles 3.0” and “Automated Driving Systems: A Vision for Safety 2.0.”

Below is the U.S. Department of Transportation’s news release in its entirety.

The initiative was announced by U.S. Transportation Secretary Elaine L. Chao in a keynote speech at CES in Las Vegas.

AV 4.0 unifies efforts in automated vehicles across 38 Federal departments, independent agencies, commissions, and Executive Offices of The President, providing high-level guidance to state and local governments, innovators, and all stakeholders on the U.S. government’s approach towards AVs.

It also outlines ongoing Administration efforts supporting AV technology growth and leadership, as well as opportunities for collaboration including federal investments in the AV sector and resources for innovators, researchers, and the public.

“AV 4.0 brings all of the important work happening on automated vehicle technologies across the federal government under one unified approach. The federal principles released today help foster an environment for innovators to advance safe AV technologies, and put the U.S. in a position of continued leadership in the future of transportation,” said U.S. Chief Technology Officer Michael Kratsios.

The USDOT is actively preparing for emerging technologies by engaging with new technologies to address legitimate public concerns about safety, security, and privacy without hampering innovation.

In October 2018, Preparing for the Future of Transportation: Automated Vehicles 3.0 (AV 3.0) introduced guiding principles for AV innovation for all surface transportation modes, and described the USDOT’s strategy to address existing barriers to potential safety benefits and progress.

AV 4.0 builds on these efforts by presenting a unifying posture to inform collaborative efforts in automated vehicles for all stakeholders and outlines past and current Federal Government efforts to ensure the United States leads the world in AV technology development and integration while prioritizing safety, security, and privacy and safeguarding the freedoms enjoyed by Americans.

AV 4.0 will be published in the Federal Register for public review and comment. More information on the USDOT’s work on automated vehicles can be found at https://www.transportation.gov/av/4.