Just 53% say they will consider buying an EV/hybrid, far lower than consumers in China, France, The UK & Germany. 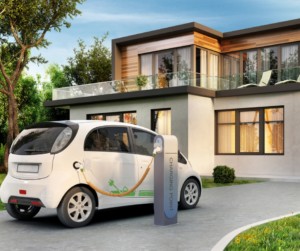 NEW YORK, Dec. 5, 2019 /PRNewswire/ — Americans are much less likely than consumers in other major industrialized countries to purchase an electric vehicle or hybrid, largely because of concerns over access to charging stations away from home, according to a comprehensive survey by global consulting firm OC&C Strategy Consultants.

The survey, which included 10,000 respondents across five countries – The US, China, France, Germany and the United Kingdom – looked at consumer attitudes and preferences on a number of issues currently facing the automotive industry: Electric and autonomous vehicles; car-sharing, subscription models, car ownership and more.

Other key findings from the survey:

Nicholas Farhi, US-based partner at OC&C Strategy Consultants, who specializes in the automotive industry, said the study shows that “America remains the spiritual home of the individually owned automobile and the open road, with few willing to adapt to innovation. Dwindling incentives and static or loosening emission standards have failed to push more Americans to consider electric vehicles.”

“This survey also points to a future where consumers buy ‘just add fuel’ subscription vehicles. Companies who can take their experience managing fleets, such as car rental agencies, to becoming service providers to this market will be the unheralded winners.”

“While the evolution of the way we transport people and goods is a key pillar in the race to decarbonize transportation, the younger generation in the U.S. are constrained by their finances in purchasing greener EV and hybrid vehicles.”

Founded in 1987, OC&C is a leading global strategy consulting firm that brings clear thinking to the most complex issues facing today’s management teams. OC&C’s client roster includes some of the world’s most respected companies in the retail, consumer goods, leisure, media, communications and technology sectors, as well as industrial products and services, travel and transport and private equity.