Young drivers in the U.S. more likely to use smartphones, multi-task while behind the wheel. 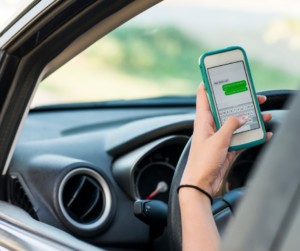 That might not change anytime soon, a new survey suggests, as millennial drivers appear more likely to have dangerous driving habits than older groups.

The Liberty Mutual Insurance-conducted study concluded millennial drivers across the world are more likely to use their smartphones when driving, and U.S. millennials are leading the trend.

Here are some of the findings, according to ValuePenguin.com: