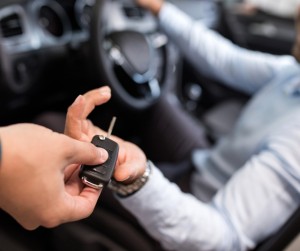 With an index score of 20, the rating presents a clear picture of the devastating impact COVID-19 has had on the auto industry, and the decrease from Q1’s index score of 49 is statistically significant.

Year over year, the current market index is down by 29 points, which is also statistically significant and remains below 50, indicating more dealers view conditions as weak rather than strong.

The quarterly survey by Cox Automotive was measured in late April and early May, just two weeks after COVID-19 fears sparked the largest sales decline and when the earliest signs of a recovery were only beginning to show. As expected by Cox Automotive analysts, dealer sentiment is historically low across the board.

“The COVID-19 pandemic dramatically impacted the market, so it is no surprise to see views of sales, profits, and sentiment significantly down in the second quarter survey,” said Cox Automotive Chief Economist Jonathan Smoke. “However, what stands out the most to me is the optimism of franchised dealers about the next 90 days. The majority of franchises are optimistic about the rest of the spring and summer despite the weak economy, weak current sales, and declining inventory.”

Derived from a quarterly survey that Cox Automotive issues to a representative sample of franchised and independent auto dealers around the country, the CADSI measures dealer perceptions of current retail auto sales and sales expectations for the next three months as “strong,” “average,” or “weak.” The survey also asks dealers to rate new-car sales and used-car sales separately along with a variety of key drivers, including consumer traffic. Responses are used to calculate an index by which any number over 50 indicates that more dealers view conditions as strong rather than weak.

When it comes to views of the future, franchised and independent dealers moved farther apart in Q2. The combined 3-month market outlook index at 45 reflects a statistically significant decrease from 63 for the prior quarter and 55 year over year. Franchised dealers, however, prove their eternal optimism with an index of 57, a 9-point drop from last quarter yet still showing that those who expect market conditions to be strong outnumber those who think conditions will be weak. Franchised dealers cite pent-up demand, a quick-recovering economy and low interest rates as reasons to be optimistic. The overall number is negatively impacted by the outlook of independents, which dropped to 40, a 21-point drop from the prior quarter, meaning a majority of independent dealers expect the market to be weak in the months ahead.

Consistent with the severe decline in the view of the current market, the key drivers of sentiment saw monumental changes. The price pressure index saw a significant increase, climbing to 70, the highest in CADSI history. This Q2 reading shows that more dealers feel pressure to lower their prices. However, Cox Automotive has not detected lower prices in retail transaction data. The costs index saw a statistically significant decrease compared to the prior quarter, showing that dealers feel that expenses are shrinking. This sentiment can be attributed to dealerships being closed during lockdowns or having furloughed employees.

The view of new-vehicle sales is also down significantly compared to last year and last quarter. The new-vehicle sales index plummeted below 50 to 39, indicating a poor market, down from 57 in Q1. As reported last week, new-vehicle auto sales in May finished at 1,110,609, according to an estimate from Cox Automotive and Kelley Blue Book. That total is down 30.2% from May 2019 but increased 57% from April 2020. The CADSI shows that the new-vehicle inventory index is also down compared to last quarter and last year. The index dropped into negative territory at 43 in Q2, down from 56, showing that dealers consider new-vehicle inventory to be declining.

COVID-19 and Economy Lead as Factors Holding Back Business

When it comes to factors holding back the business, the Impacts from COVID-19 became the top concern among franchised dealers, with 72% citing it as a factor holding back their business. Economy rose to the No. 2 position at 53%, beating out Market Conditions at 45%. Consumer Confidence climbed the factor ranking for franchises and is No. 4 at 38%. Political Climate remains within the top factors, dropping to the fifth rank from the fourth in Q1 for franchises and rounding out the top 5. Economy, Market Conditions, and Consumer Confidence as a concern saw a statistically significant increase from last quarter and a directional increase year over year.

For independents, Limited Inventory is cited much more at 29% and ranks higher than Political Climate. The biggest change in the percentage of independents citing a negative factor is the significant increase in the Economy, which increased by 43 percentage points from the prior quarter.

Priorities During the COVID-19 Downturn

In the Q2 2020 CADSI, dealers are asked about their top priorities during the downturn. Answers vary greatly between franchised and independent dealers.

For 23% of franchised dealers, Staying in Business during this time is the top priority. However, 20% of franchised dealers state Improving Sales and Service solutions as their top priority, followed by Retaining Customers. Independent dealers, on the other hand, are overwhelmingly focused on Staying in Business (54%). Reducing Expenses by cutting unnecessary costs is the top priority for 16% of dealers and Improving Efficiency follows closely behind. Only 8% of independent dealers are prioritizing Improving Sales and Service solutions right now and even less – 6% – are prioritizing Retaining Customers.

Cox Automotive Inc. makes buying, selling, owning and using cars easier for everyone. The global company’s 34,000-plus team members and family of brands, including Autotrader®, Clutch Technologies, Dealer.com®, Dealertrack®, Kelley Blue Book®, Manheim®, NextGear Capital®, VinSolutions®, vAuto® and Xtime®, are passionate about helping millions of car shoppers, 40,000 auto dealer clients across five continents and many others throughout the automotive industry thrive for generations to come. Cox Automotive is a subsidiary of Cox Enterprises Inc., a privately-owned, Atlanta-based company with revenues exceeding $20 billion. www.coxautoinc.com