When the ’96 Lexus was dropped at our door, it came with a simple concern: “Vehicle stopped running following accident. Airbags have deployed.” A trip to the ES300 confirmed that both airbags had indeed “popped” (see Figure 1). With just over 100K on its odometer, and needing two airbags and a new front bumper, I wondered if this vehicle was worth saving. My customer was motivated to have us dig into the diagnosis, so we accepted the challenge.

The circumstances had piqued my interest, and I wanted to dive into this diagnosis right away! 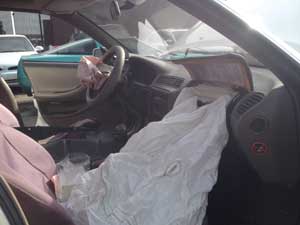 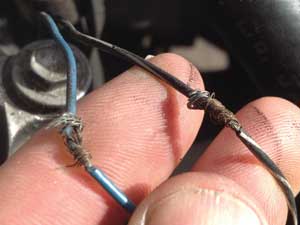 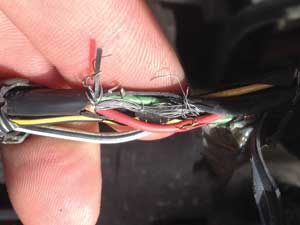 I confirmed that the engine did crank vigorously but without firing. After lifting the hood, a quick visual inspection revealed clues that this Lexus had been serviced by less-than-professional hands, with bare, twisted sensor wires leading to the coolant sensor (see Figure 2), and mangled wires for the generator, looking as though they had been caught in the engine drive belt (see Figure 3). I also found loose harness clips and a few small absent fasteners. I was not thrilled to be staring at a classic case of “backyard repair” and now knew that just about anything could be possible under this hood.

At this point, I believed that perhaps poor workmanship during prior repairs may be to blame for this no-start, but why did it coincide with the fender bender?

Now that I had a good grasp of what I was facing, I checked for spark to the plugs and trigger to the injectors, of which both passed the test. I proceeded to test for fuel pressure, and this is where my system diagnosis began, down the “No Fuel Pressure” path.

In the back of my mind I was thinking about all those older Fords that had inertia switches, which would switch off power to the fuel pump in the event of an accident, so fuel would not feed a potential fire. Many of those Fords had reset switches, yet others had to be removed to be manually “reset” by smacking it into the palm of your hand. After reading about the fuel system, I did not find anything that talked about an inertia switch, so I printed the wiring diagram for the PCM and fuel system (see Figure 4).

Reading the diagram confirmed the fact that there was no inertia switch, so I investigated the under hood junction box and the relay box adjacent to it (see Figure 5).

Have you ever popped open a relay box only to see a missing relay where it “says” there should be one? I had seen this before – and it certainly is disconcerting – but there were no terminals in the sockets, so I confirmed with the diagram that it did not come with this relay, and it did not. 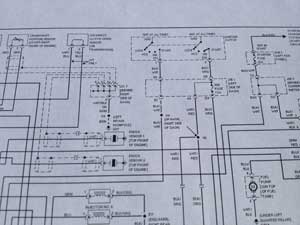 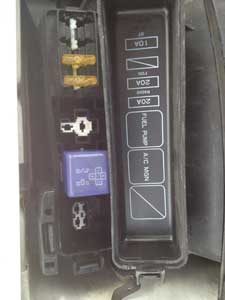 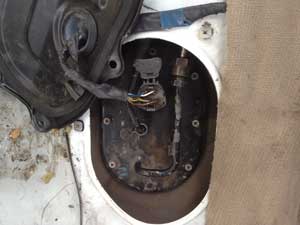 OK; so now it was time to go to the pump and see if it was getting what it needed to spin, and I was happy to discover that there was a fuel pump module cover in the vehicle’s body just under the rear seat, so it was a simple task to pop open access to the fuel pump wires. Testing for power and ground directly to the pump confirmed that it was not receiving battery power, and I could excite the pump by substituting my own B+ (see Figure 6).

I moved my diagnosis back to major fuses and connectors at the battery junction box, as well as fuses and relays residing under the dash. I found all to be functional and in place, and because other circuits that became “live” when switched by the ignition, I felt fairly confident that the switch was not to blame (although I have seen high-mileage switches fail intermittently and drive me bonkers before!).

Time to move my diagnosis upstream to the next logical junction, so I decided to focus on the circuit opening relay, looking for the break in this circuit. The component locator led me to pull the glove box out from beneath the deployed passenger-side airbag. I removed these pieces and exposed a small relay strip, where I found exactly what you see in Figure 7: No circuit opening relay! It belongs on the right side. 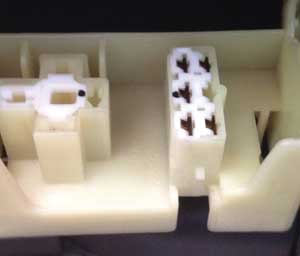 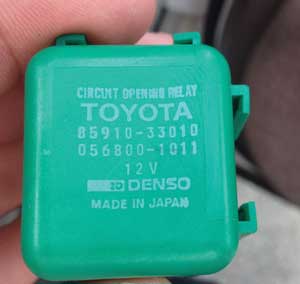 A quick search found the little green relay laying down on top of the plastic kick panel, just below the glove box. When I plugged it in, would you believe that the Lexus fired right up? Yup! OK; so why in the heck was this relay out of its socket?
Unfortunately, I never discovered the answer to this question. Our customer simply re-stated that the car just “died” after the accident, and there were no other repairs that had been done on the vehicle since.

Well, a small part of me still wonders if that statement is completely true, because I just can’t wrap my head around the fact that relays just “pop” out of their sockets, even after airbag deployment. Can you?