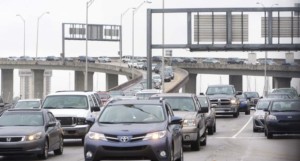 South Carolina eliminated a requirement for vehicle inspections in 1995. Since then, the state has often been near the top of fatal car crash statistics.
(Photo by Andrew Whitaker/Postandcourier.com)

Since the Palmetto State eliminated the mandate for vehicles to undergo yearly safety inspections in 1995, the state has consistently ranked in the upper tier of fatal car crashes each year.

South Carolina recorded 988 fatal wrecks in 2017 — the most recent year data is available — which was 13th most in the United States. While it’s unknown how many accidents are caused by unsafe vehicles, for one lawmaker the problem is clear and the answer is simple: reinstate mandatory vehicle inspections.

“We’ve got a lot of vehicles on the road that I feel are unsafe,” said state Rep. Wendell Gilliard, D-Charleston. “When you look at some of the incidents we’ve been having, I think it’s only right we go back to inspecting these vehicles for the safety of the driver, passengers and other motorists.”