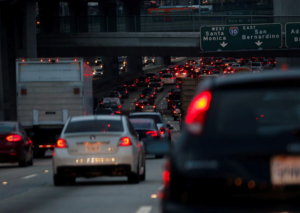 WASHINGTON (Reuters) – Major automakers are siding with the Trump administration in its bid to bar California from setting its own fuel efficiency rules or zero-emission requirements for vehicles, the companies said in a filing with a U.S. appeals court late on Monday.

In their filing with the U.S. Court of Appeals for the District of Columbia, the automakers and the National Automobile Dealers Association said they backed the administration bid to bar individual emissions rules by states.