Collision repairers continue to see smaller auto insurers outpacing the 10 largest insurers in terms of working to ensure quality repairs and customer service, according to the findings of the 2021 CRASH Network “Insurer Report Card.”

Chubb, Erie Insurance, Michigan Farm Bureau and North Carolina Farm Bureau each earned an overall grade of A- or higher from shops evaluating the insurers in terms of how well each company’s “policies, attitude and payment practices ensure quality repairs and customer service for motorists.”

“Consumers go a decade, on average, without interacting with their insurance company’s claims department, but collision repairers do so every day,” CRASH Network’s John Yoswick said. “That gives shops meaningful perspective on which companies do the best job taking care of policyholders – and which ones have some room for improvement. We see the ‘Insurer Report Card’ providing useful information for drivers as they consider which insurer to choose.”

None of the 10 largest auto insurers – the companies most familiar to consumers thanks to the billions of dollars those insurers spend on marketing – received an overall grade higher than a C+ from shops. 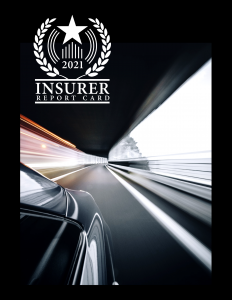 They criticized the insurers to which they gave lower grades using such phrases such as, ‘cares more about cost than quality of the repair,’ ‘pressures us to use cheap, low-quality parts,’ ‘slow claims process,’ and ‘inexperienced adjusters.’

A free report with the 2021 “Insurer Report Card” findings can be downloaded at https://www.crashnetwork.com/irc.

CRASH Network is an independent weekly subscription source of collision repair industry news, research and information not available anywhere else.