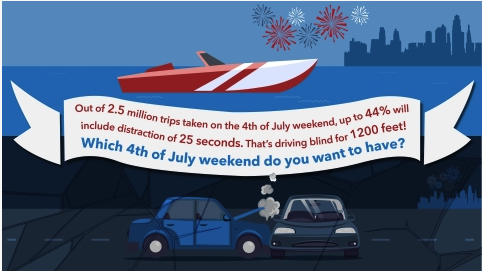 WHAT: Cambridge Mobile Telematics (CMT), the world’s leader in mobile telematics and analytics, conducted a survey outlining how US drivers believe they drive, versus how they actually drive.

The findings were alarming, revealing that the 100 days between Memorial and Labor Day are some of the most dangerous and deadliest of the year for driving.

And further, a disconnect exists between how US drivers think they drive and how they are actually driving with summer Fridays, holiday celebrations and the lure of sun, sea and surf creating a perfect storm for driver distraction that many are not even aware of.

The study, supported by CMT data from 100 million trips across the U.S., revealed that Memorial Day is by far the deadliest day to be behind the wheel, while July 4th is the most congested. 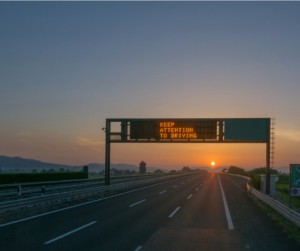 Likewise, drivers should also be conscious at the end of the summer on Labor Day Weekend for dangerous incidences of distraction, braking and speeding. Other findings:

WHERE: The most dangerous drivers can be found in Rhode Island, Florida, Louisiana and Hawaii.

You can see the full report and learn more about summer driving danger zones here.