Report: ‘How a little electrical tape can trick a Tesla into speeding’ 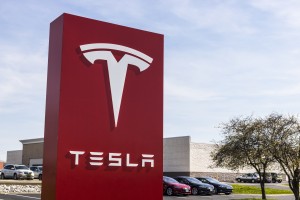 This news signals, yet again, that completely safe, fully autonomous cars have still not arrived, and it suggests that they face new types of vulnerabilities.

Over the course of 18 months, the researchers, whose report was published today, explored how they could get a Tesla to misread a speed limit by messing with the vehicle’s ability to see.

To make that happen, the researchers placed visual distractions like stickers and tape that could trick the car’s camera system into misreading a 35-miles-per-hour speed limit.